Home > Latest News > Anglicanism: A gift in Christ > The Anglican Way of Prayer /…

This article on prayer was given by the Chaplain of Utrecht in response to a request to present an Anglican reflection on prayer at the Ecumenical Pastorsdag held during the Week of Prayer for Christian Unity on 17 January AD 2017 (the talk is also available in Dutch below, thanks to Erik Heemskerk). Next month we will return to Anglicanism: A Gift in Christ, Part 5: A worldwide Church.

A Dutch translation can be found below.

First, what is prayer?

Our desire to pray is grounded in the truth that we are all created in the image and likeness of God and that we desire to return to the principle or source of our life, God. So human desire, human longings, human aspirations are the content of prayer in all religions. But for fallen humanity, our desire, our longing, our aspiration can so easily get distorted in all sorts of ways, directed towards what is vain and destructive.[1]

As Christians, we understand prayer as a Divine gift, that has been opened up in us, first, by the Cross of Christ, where our distracted and destructive desires can be forgiven, and redirected.  And second, with the pouring out of the gift of the Holy Spirit, prayer, our desire, can finally reach its mark.  Augustine says, by thy Gift, [and “Gift” is Augustine’s word for the Spirit], O Lord, we are set on fire, and are borne aloft: we burn, and are on our way. We climb the ascents that are in the heart. With thy fire, with thy good fire, we burn and go on, for we go up to the peace of Jerusalem.[2]

Authentic prayer for Christians is from deep within and inspired by the Holy Spirit. George Herbert, an Anglican priest and poet, describes prayer as God’s breath in man returning to his birth.[3] We are opened up by grace to a divine communication. St Paul says, our conversation is in heaven [Philippians 3:20].

Anglicans believe that there are certain spiritual disciplines that help us both to learn to pray and to pray better. Our spirituality has its roots in the Benedictine tradition. So there are three primary disciplines we commend to people: weekly Holy Communion; daily offices of Morning and Evening Prayer; and personal devotional prayer.

On Sundays we meet together for the gift of the Word written, the Bible, and the Word made visible, the Sacrament. This is about our ongoing sanctification by Christ, leading a life of repentance and faith, to unblock the channels of prayer in the heart, by sanctifying our desire, having our hearts’ desires corrected and strengthened. We use an authorized liturgy with set prayers – these are meant to teach us to pray using the set prayer given to us by our Lord (the Lord’s Prayer) and other prayers written by deep thinkers and devout souls, usually based on Scripture – praying the Word of God back to God.  Of course, there is always a danger that we are not truly praying but just rattling them off, but my own experience and the experience of people I know is that as we pray these set prayers more and more they become more lively, more loved, more the very prayer of our heart.  They are like “training wheels” on a bike!

Of course, an important part of our corporate Holy Communion service is the singing of prayers – both the set liturgical prayers but also hymns composed through the ages – they are prayers. There is an ancient proverb that “he who sings well, prays twice.” Our hearts can be somehow more engaged when we sing. 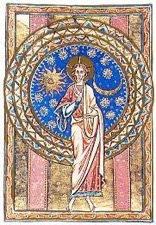 One emphasis of our Reformers was the greater integration of the active life (working in the world) and the contemplative life (prayer and contemplation of God) – we are to be monastics living in the world, surrounding our active life with a discipline of prayer and contemplation. Anglican Reformers took six of the seven traditional monastic offices (lauds, matins, prime, terce, sext, nones, and compline) and combined them into two daily offices – Morning and Evening Prayer. This pattern of two daily services also harkens back to our Old Testament roots with the worship at the Temple in Jerusalem – the offering of incense, sacrifice of a lamb, and the lifting up of hands in prayer at sunrise and sunset.

The offices are simple said services taking about 25 minutes: we begin with confession; then read psalms (which is the greatest resource in the Bible for prayer); hear God’s Word read (OT & NT); and lift up the chaplaincy, the wider Church, and the world in prayer and we give thanks. It is a response to God’s love for us, with the love of our neighbour.  This immersion, day by day, month by month, year by year, in the Bible forms our character, again helping, by grace, to shape our desire, our prayer, heavenward.

For me the offices are a bedrock of keeping me steady in the ups and downs of the spiritual life and the challenges of ministry. It is mostly set prayers, training my heart to pray rightly, and also giving me words to pray when I’m going through dry periods. Again, using the bike analogy, is like riding on a bike, sometimes we peddle, and then we coast – the offices are the peddling! 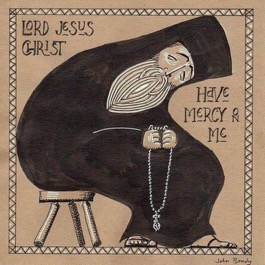 The daily offices and the weekly communion help and lead the individual to pray privately, but times of private prayer ensures that our set prayers remain lively.  For me, this private devotion includes times of intercession, it can include times of meditation on God’s Word, but it is leading to something more profound, it is about entering into the contemplation of God.

Contemplation is the state where we are lovingly beholding God and all things in God. It is the life of the angels, the life of heaven. We enter into that state only by grace and only after struggle. It is about going to a place that is quiet and to be alone with God, to rest in his presence. It is then about quietening down all our distracting thoughts, the whirl of activity of our mind, so that we can express our love and be ready to hear, should God have something to reveal. It is to Be still, and know that I am God [Ps 46:10]; it is to follow Christ’s call to rest in Him, to go in and out and find pasture [Jn 10:9]. In this quiet, we become more self-aware, God’s Spirit revealing things, our sin, our fears, our gifts, and His love. It is about the opening up of the inner life. It follows the understanding that the kingdom of heaven is within you [Lk 17:21], and that our approach to God is one of recollection away from being absobed in the external world, to a movement within, and then above.

Gregory the Great, in the 7th century, writes about the importance of contemplation for preachers in his greatest work the Moralia in Job:

The Redeemer of mankind in the day time exhibits His miracles in cities, and spends the night in devotion to prayer upon the mountain, namely, that He may teach all perfect preachers, that they should neither entirely leave the active life, from love of the speculative, nor wholly slight the joys of contemplation from excess in working, but in quiet imbibe by contemplation, what in employment they may pour back to their neighbours by word of mouth.  For by contemplation they rise into the love of God, but by preaching they return back to the service of their neighbour.[4]

For me, the best time for contemplation is early morning before the world has wakened – but it means I must get to sleep early.  And I have found the use of the Jesus Prayer to be a great gift in leading one to a state of contemplation. Of course, the whole Orthodox Tradition throughout the ages has and continues to commend this.

Anglicans believe that these three disciplines – weekly communion, daily offices, personal devotion – over the years, by grace, help us to do what St Paul calls us to, that is to be praying at all times or to pray continually [Eph 6:18; 1 Thess 5:17].  But the Church has not understood Paul is suggesting we be talking all the time to God. Praying at all times has been described by one Anglican theologian as a state of life, it is the habitual, continual awareness of our life as being plainly in the presence of the Father, in every instant and in everycircumstance, and a steadfast willing of the will of God. [5] So this is not easy at all, but is the goal towards which we are heading. We hope to become people who, praying at all times, are lifted by the Spirit into the heart of God.

The Redeemer of mankind in the day time exhibits His miracles in cities, and spends the night in devotion to prayer upon the mountain, namely, that He may teach all perfect preachers, that they should neither entirely leave the active life, from love of the speculative, nor wholly slight the joys of contemplation from excess in working, but in quiet imbibe by contemplation, what in employment they may pour back to their neighbours by word of mouth.  For by contemplation they rise into the love of God, but by preaching they return back to the service of their neighbour.[4]

(Quote in English: Praying at all times has been described by one Anglican theologian as a state of life, it is the habitual, continual awareness of our life as being plainly in the presence of the Father, in every instant and in every circumstance, and a steadfast willing of the will of God.[5])

[1] Robert Crouse, Heavenly Avarice: The Theology of Prayer, A Paper from a Western Canadian Theological Conference.

Prayer the church’s banquet, angel’s age,
God’s breath in man returning to his birth,
The soul in paraphrase, heart in pilgrimage,
The Christian plummet sounding heav’n and earth
Engine against th’ Almighty, sinner’s tow’r,
Reversed thunder, Christ-side-piercing spear,
The six-days world transposing in an hour,
A kind of tune, which all things hear and fear;
Softness, and peace, and joy, and love, and bliss,
Exalted manna, gladness of the best,
Heaven in ordinary, man well drest,
The milky way, the bird of Paradise,
Church-bells beyond the stars heard, the soul’s blood,
The land of spices; something understood.

[5] Robert Crouse, from a sermon for Rogation Sunday: The Mirror of the Charity of God.  It can be found at www.lectionarycentral.comrogationCrouse1.html.