In England the ongoing struggle for reforms to the abuses of power of the Church under the authority of the Pope in Rome came to a head in the 16th century, as it did in other European countries. Finally under Elizabeth I, it normally broke its ties. 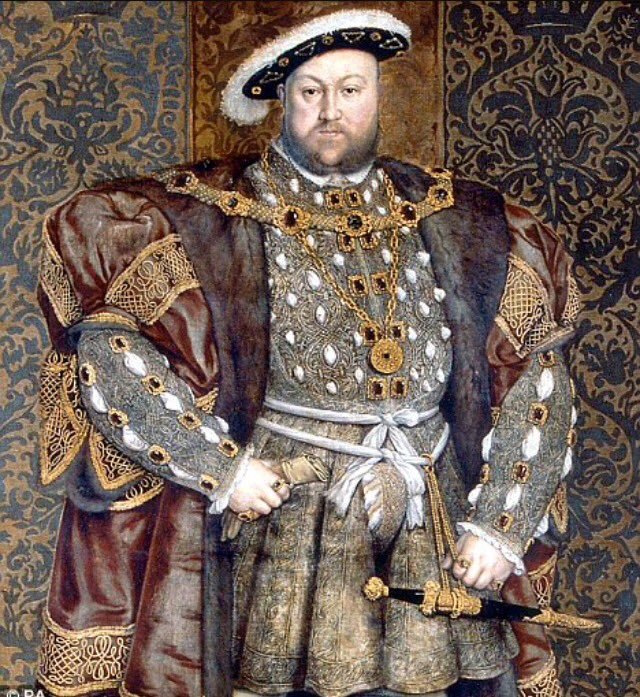 OK, the catalyst was Elizabeth’s father, Henry VIII’s, desire for a divorce, but it was not merely to satisfy his lust! Nation states were arising, popes were meddling deeply in the affairs of state, there was much clerical abuse and confusion. How to manage the Reformation in England without the nation breaking into civil war, as was happening on the Continent, was of the utmost concern to the monarchs in Europe (though it did finally happen a hundred years later in England). Henry had been given dispensation by the Pope to marry his brother’s wife, the sister of the King of Spain, Catherine of Aragon. But Scripture argues against this in Leviticus 18:16 and 20:21, how could a Pope trump Holy Scripture? Henry wondered if the lack of a male heir over 20 years of marriage to Catherine was God’s judgement on this decision. He brought in a bright young Cambridge professor to argue the case – Thomas Cranmer, who he later made Archbishop of Canterbury.

Who were the English Reformers?

William Tyndale (c. 1494–1536 – martyred) translated and had published the whole Bible into English, something forbidden at the time on punishment of death. He had to live on the continent in exile and was finally captured in Antwerp. He had also opposed Henry’s annulment and marriage to Anne as unscriptural.

His final prayer before being strangled and burned at the stake, which he shouted out, was, “Lord, open the King of England’s eyes!” Three years after his death, King Henry VIII published the first authorized Bible in English, called The Great Bible (1539), based heavily on Tyndale’s translation. Much of the later King James Version (1611) is based upon Tyndale’s work. 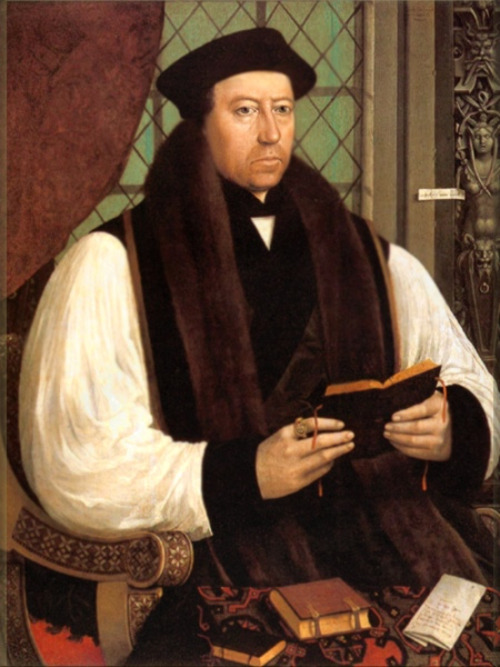 Thomas Cranmer (1489 -1556AD – martyred) Archbishop of Canterbury, writer of the Book of Common Prayer. Cranmer had spent time on the Continent learning and discussing with the Lutheran Reformers – Martin Bucer and Philip Melanchthon.  He married the niece of the German reformer Osiander and then was made Archbishop before it was even legal for clergy to marry. He had to hide the fact, and apparently brought his new wife to England hidden in a chest! He later acknowledged his three children! He was a liturgical scholar and highly gifted in translation in powerful English prose.  He is responsible for a good deal of the Book of Common Prayer as we have it.

Hugh Latimer (Bishop, great preacher) and Nicholas Ridley (Bishop, friend of Cranmer and on the committee which drew up the first Book of Common Prayer) were both burned at the stake in Oxford together when Mary, Henry’s first daughter, came to the throne. Latimer’s last words as he was being burned at the stake with his friend are well known: “Be of good cheer, Master Ridley, and play the man, for we shall this day light such a candle in England as I trust by God’ grace shall never be put out.” [16 October 1555].
Cranmer, who was forced to witness his friends’ demise, was burned at the stake 5 months later. He is a complicated figure, who struggled in conscious to understand what it means that God has given power to kings on earth – what happens when the king and church authority clash?  He argued for the king’s 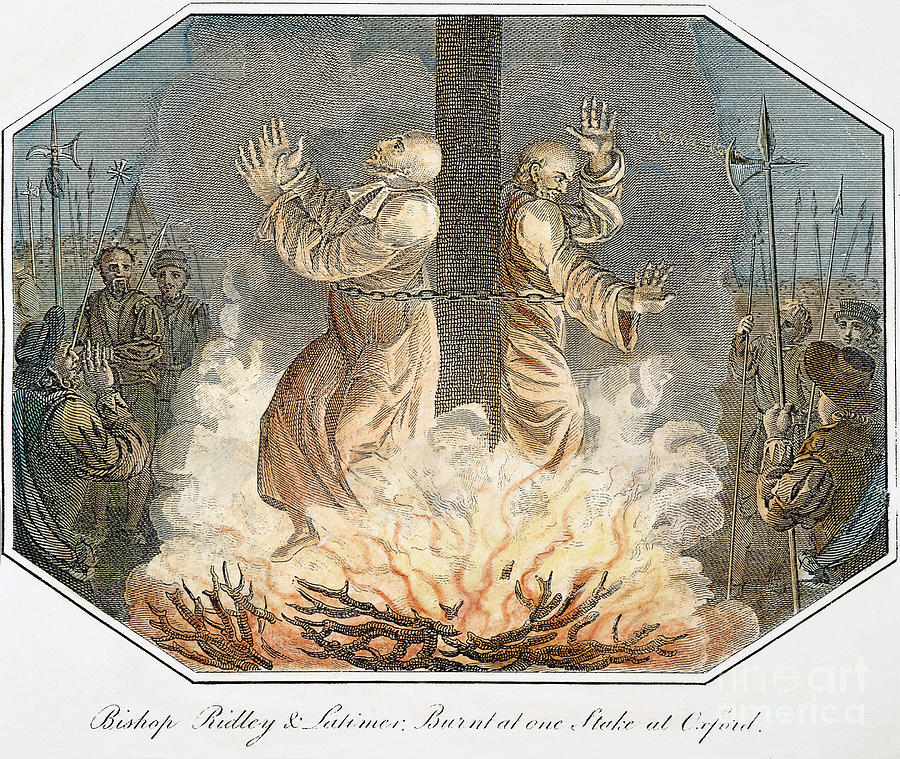 supremacy, so what happens when the monarch changes and demands submission to the pope, as happened when Mary, Henry’s Roman Catholic daughter ascended the throne? He 6 times wrote recantations of his Protestant views, and tore up 5 of them. After he let the sixth go, Mary chose to have him burned alive tied to a stake anyway. In his final speech he recanted his recantation and said that he would put into the flames the hand that had written this offense, so that it might be consumed first in the flames – and so he did.

John Jewel survived through the tumultuous years of back and forth, by fleeing to the Continent, and returned under Elizabeth and wrote an Apology for the Church of England (Apologia Ecclesia Anglicana).

But perhaps the most important theologian of the English Reformation is Richard Hooker, who was commissioned by Queen Elizabeth I to provide a classic defence of the Elizabethan settlement in his great work: Of the Laws of Ecclesiastical Polity. 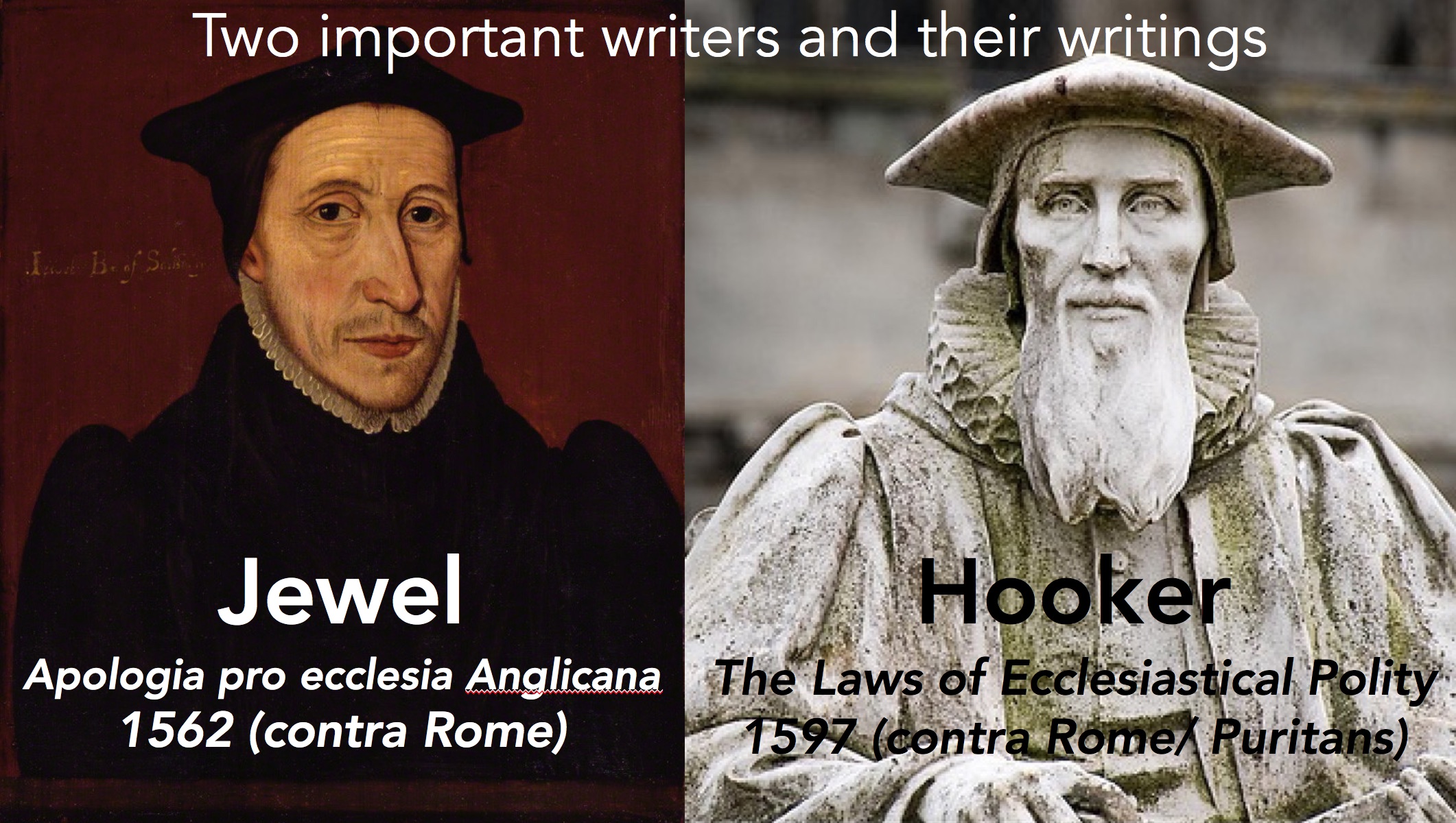 In it, Hooker shows how the Church of England is Reformed and defends it against its Puritan critics who claimed it was not reformed enough.  He was a deep thinker and draws from the whole of the Western and Eastern traditions to make his arguments for the Anglican Way. He writes in a beautifully balanced way, acknowledging what is good and clarifying what is wrong with his opponents’ positions. He takes care to explain and defend the smallest matters in doctrine and worship – to read his writings is what helped confirm me in the Anglican way. [e.g. Book V, xxxvii, 1, p. 158] Hooker comes to distinguish between what is of the esse and what is of the bene esse of the Church – between what is of the essence or the very being of the Church and what is for the well-being of the Church. He would go so far as to say the three-fold ministry of bishops, priest, and deacons, is part of the well-being and not of the essence of the Church. This has implications for why Anglicans have been and are more ready to acknowledge the breadth of the Universal Church – whereas some Churches would say without these, there is no Church. 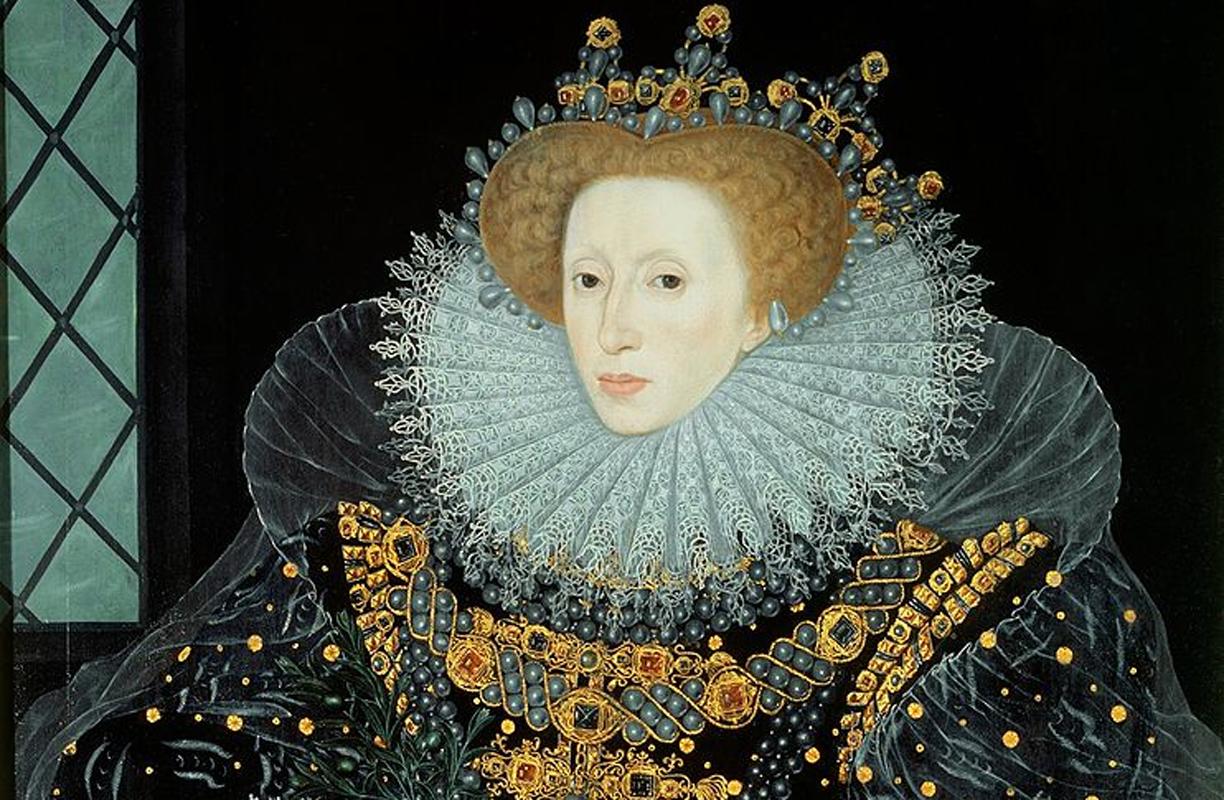 The religious settlement that eventually emerged in the reign of Elizabeth gave the Church of England the distinctive identity that it has retained to this day. It resulted in a Church that consciously retained a large amount of continuity with the Church of the Patristic and Medieval periods… But it also embodies Protestant insights in its theology and in the overall shape of its liturgical practice. The way that this is often expressed is by saying that the Church of England is both ‘catholic and reformed.’  (from the Church of England website)

Some have described Anglicanism as the Middle Way.  You might think that means it is somewhere half-way between Roman Catholic and Protestant, but it might be better to say that it sees itself as embracing the best of, i.e. the fullness of, both sides.

Where do the doctrines of the Anglican Reformation exist?

The teachings of the Reformation were summarized in some core texts:

Henry called for the dissolution of the monasteries and there were some good intentions: monasteries could become educational institutions, they hoped to raise the level of preaching in parish churches (by monks instead of unlearned clergy). But the reality was that much of the wealth ended up in the king’s coffers to support defensive and offensive wars.

The Anglican reformers (as did the Lutheran and Calvinist protestant theologians) stressed at length that the Anglican Church was not a new sect, but a reform of the abuses of the late Medieval Western Church, they were returning to an earlier purer Church. So, for example, the Homilies and the apologists for the Anglican Way always buttress their arguments with quotation after quotation from Scripture and the Fathers of the early Church, both Western and Eastern. They were not making something new. They also expressed reticence to declare on matters authoritatively that are not clearly spoken of in Scripture – allowing a certain breadth of positions and of practice.

What do Anglicans believe?

We are “catholic” in that we hold the same Scriptures, the same Creeds, hold to the same Councils of the undivided Church and follow the same tradition as the Western Church. Our church’s greatest theologians are probably St Augustine of Hippo and St Thomas Aquinas. Our spirituality is primarily Benedictine (combining the spiritual disciplines of the Daily Offices, regular Eucharist, and private Bible reading and prayer).

We are “reformed” in that we stress:

We will look next month at the movements for continued reform in the centuries following the Reformation to the present, and in what way this list above has changed or been augmented.