Often we hear from visitors that it is Henry VIII who started the Anglican church. But the history of our Church is just a little more complex! 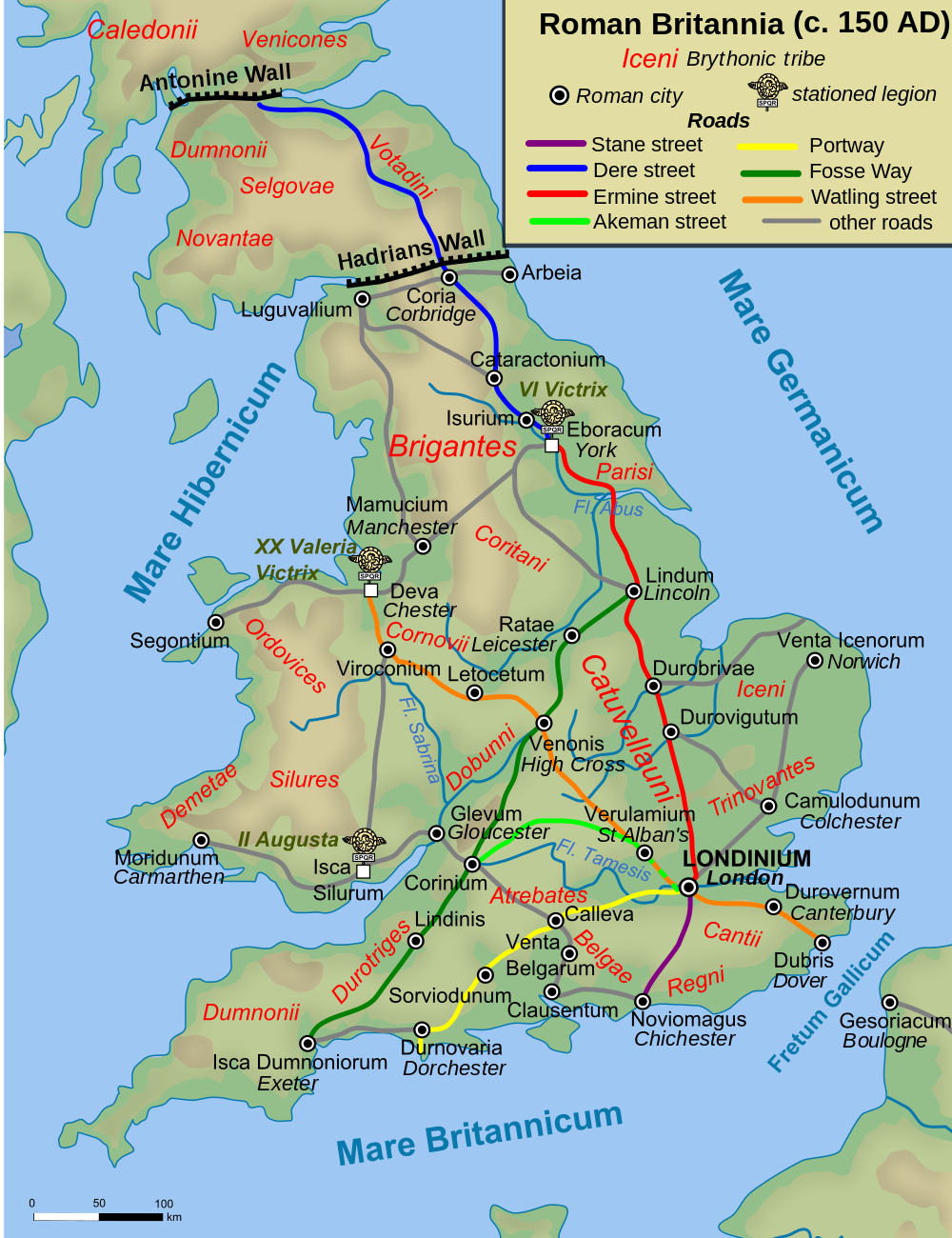 The Church of England is ancient – it was established in England in the 2nd century when the Romans first invaded the Island and some of those who came brought the Christian faith.  The map to the right shows the degree of penetration of the Romans by 150AD.  We don’t have much written testimony about that early pre-Constantinian church (>300AD). But there is some interesting evidence in the writings of the early Church Fathers, through short comments, about the church being in Britain:

Much of our early history comes from the first written history by the Venerable Bede, a monk who wrote in 731AD, The Ecclesiastical History of the English People. 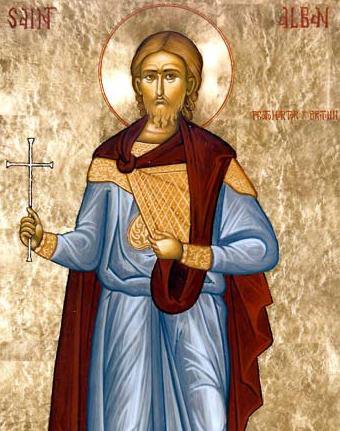 The earliest member of the British church whom we know by name is St Alban. He was martyred for his faith, where St Albans Abbey now stands, a little north of London, probably during the Dioclesian persecutions in 304AD. Here’s the account from St Alban’s abbey website:

Alban is believed to have been a Romano-British citizen of the third century in the Roman city of Verulamium..  The earliest versions of his history say that he gave shelter to a stranger fleeing from persecution. This was a Christian priest, originally un-named but later called Amphibalus in the re-telling of the story.  Alban was so moved by the priest’s faith and courage that he asked to be taught more about Christianity, then still a forbidden religion.

Before long the authorities came to arrest the fugitive priest.  But Alban, inspired by his new-found faith, exchanged clothes with Amphibalus, allowing him to escape. Instead Alban was arrested and brought before the city magistrate.   Alban refused to sacrifice to the emperor and the Roman gods. When asked to identify himself he declared: ‘I am called Alban and I worship and adore the true and living God, who created all things’.

The magistrate ordered that Alban should receive the punishment due to the priest.  He was brought out of the town and up the hillside to the site of execution where he was beheaded. Despite escaping, Amphibalus too was later arrested and martyred at Redbourn, a few miles away.

Alban is honoured as the first British martyr, and his grave on this hillside quickly became a place of pilgrimage.

Although there is limited evidence for pre-Constantinian Christianity in Roman Britain, it is clear that in the fourth century AD the early church became increasingly widespread, partly owing to the influence of the Roman state. The archaeological evidence for this includes personal items bearing potential Christian imagery, possible liturgical fonts or basins, church structures and putative Christian burial traditions. 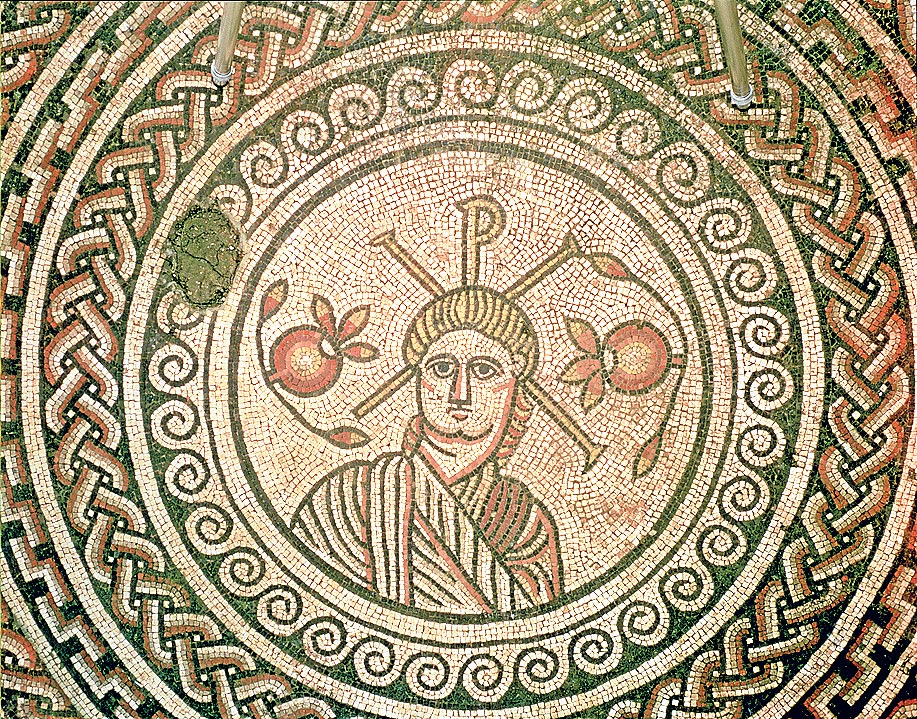 There is clear evidence in a mosaic floor in a Roman villa unearthed in Hinton St Mary in Dorset from the 4th century (right). It is the earliest known image to date of Jesus Christ in Britain.

We do know that in the fourth century British bishops attended great councils of the Church. The Council of Arles (France) lists three British bishops in attendance: Restitutus the Bishop of London, Eborius of York, and Adelfius of Lincoln. And British Bishops were listed at the Council in Rimini (northern Italy) in AD 359. This demonstrates that Britain possessed a committed, organized church that spread from the South East all the way up to Lincoln in the North East. [Hylson-Smith, K. Christianity in England from Roman Times to the Reformation. Vol. 1, p. 54.]

However, during the 5th century, invading Angles, Saxons and Jutes from Europe brought paganism with them and they “seem to have destroyed the organisation of the church in much of what is now England.” [C of E website] But Christianity continued to flourish among the Britons in the West in the area of modern day Wales and Cornwall. And there were great missionary movements from that Church.

Some important figures in the mission of the Church in Briton, moving from the area of modern Wales to Ireland and from Ireland to modern day Scotland and northern England:

St Patrick (active 2nd half 5th century) – evangelist and bishop of Ireland. Originally from Briton, he was captured as a boy by Irish raiders and made a slave, then escaped from Ireland to return home, where he studied Christianity and was made a priest only to be called by God in a dream to return to Ireland. He is one of the Patron Saints of Ireland.

St Brigid of Kildare (453-524AD) – Abbess and founder of many churches and convents in Ireland. She is another Patron Saint of Ireland.

St Columba (521-597AD) – Apostle to the (Northern) Picts (Scotland) – in 563AD he and 12 monks crossed from Ireland to the island of Iona (off the southwest coast of modern day Scotland) and founded a monastic community which sent missions to the Picts. Founded many churches, Iona Monastery was a school for missionaries.

St Aidan (~590-651AD) Born in Ireland, trained in Iona, and founder of Lindisfarne, a monastery on the East Coast of Northern England and missionary to the people of that region (Northumbria) (and bishop). He is known for his tireless journeys from village to village, gentle approach, taking an interest in the English people, caring for them, founding churches, monasteries and schools.

St Cuthbert (634-687AD) A monk, travelling missionary, bishop and hermit. Associated with Melrose and Lindisfarne. His bones were carried for 7 years by monks fleeing the Danes (Patron Saint of Northern England) to rest finally in Durham Cathedral.

St Willibrord (658-739AD) Northumbrian (Apostle to the Frisians). Born in York, from age 20-32 studied in Ireland (Abbey of Rathmelsigi), missionary to the Frisians.

St Augustine of Canterbury (~530-604AD) Was sent by Pope Gregory the Great to convert the
pagans of South East Britain to the Christian faith. Augustine arrived in 597 with 40, many of whom were monks. The pagan king had married a Christian princess from Gaul. St Augustine’s mission was a success: the King soon accepted the Christian faith and on Christmas day of that year, many of the King’s subjects were baptised. Pope Gregory’s idea was for Augustine to set up two Archbishoprics one in London and one in York – each with 12 bishoprics. For various reason, Canterbury became the Archbishopric rather than London. To this day there are two archbishoprics in the Church of England, one in Canterbury and one in York, and there are 12 senior bishops from each Archbishopric in the House of Lords. 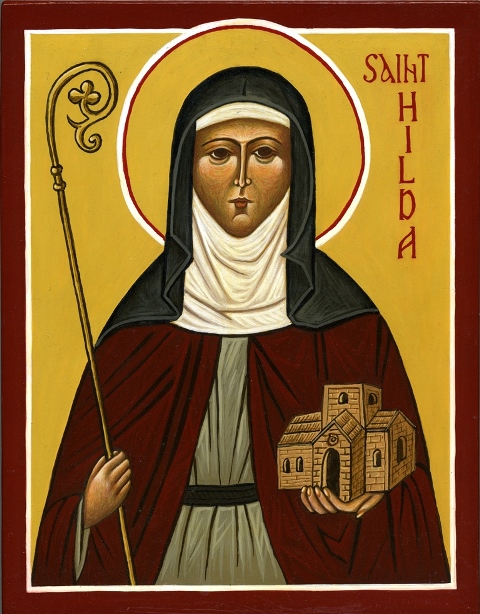 and soon made Abbess of Hartepoole (appointed by St Aidan) and then founder of Whitby Abbey, both of which were “double monasteries” (i.e they had men and women, professed monks and nuns, living separately but coming together for worship). She especially promoted Scripture study, was a skilled administrator and teacher, known for her wisdom and piety, and was sought out by kings for advice. 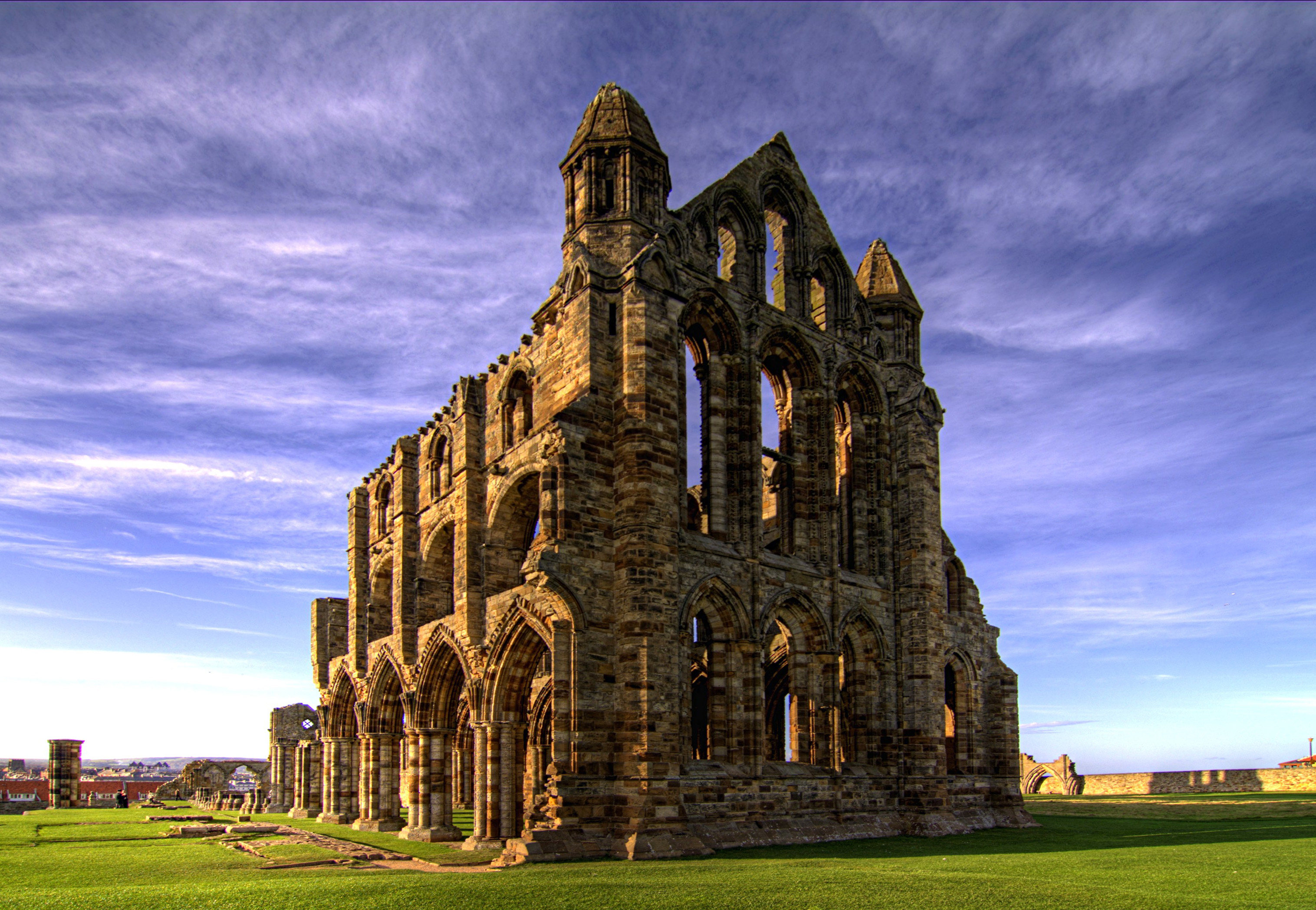 Whitby monastery (left) in Northumbria, led by St Hilda, was chosen by King Oswald to convene the Synod of Whitby (664) where there was agreement amongst the Celtic monks to accept the Roman traditions. Some of the differences discussed were:

The Church of England website notes two important aspects of this early part of its history:

What eventually became known as the Church of England (the Ecclesia Anglicana – or the English Church) was the result of a combination of three streams of Christianity: (i) the Roman tradition of St Augustine and his successors, (ii) the remnants of the old Romano-British church and (iii) the Celtic tradition coming down from Scotland and associated with people like St Aidan and St Cuthbert.

The result [of St Augustine’s mission and subsequent Synods] was an English Church… that was fully assimilated into the mainstream of the Christian Church of the West. This meant that it was influenced by the wider development of the Western Christian tradition in matters such as theology, liturgy, church architecture, and the development of monasticism. It also meant that until the Reformation in the 16th century the Church of England acknowledged the authority of the Pope.