The Bishop in Europe: 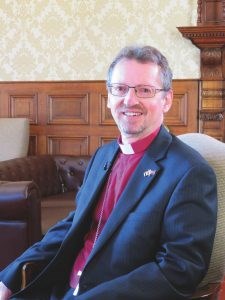 In the 1960s, it was said UK entry to the “Common Market” would mark the end of a thousand years of British history. Fast-forwarding to 2019, the clock is now ticking rapidly towards the end of British membership of the European Union. Where are we, and where are we going on Brexit?

Brexit is a UK choice

The UK has decided to leave the EU. It’s the choice made in the June 2016 referendum, whatever you think about the campaign and the result (and many UK citizens in my diocese didn’t get to vote). The UK Government started the clock to withdraw from the EU. It’s suggested by some that the EU somehow is choosing not to deal with the UK; but the EU waited for two years before the UK proposed, last summer, what kind of future relationship it wants. Meanwhile, the EU’s Court of Justice has said, last December, that the UK can decide not to withdraw from the EU.

The EU speaks with one voice on Brexit

The other 27 EU countries have remained together and largely united during the Brexit negotiations. The Irish Border issue shows this clearly. Avoiding a new hard border between Northern Ireland and the Republic goes to the heart of the Good Friday agreement, which has led to peace, security and reconciliation for 20 years. It’s also about what customs arrangements there will be between a Northern Ireland that continues to be close to EU rules, and the rest of a UK that may want to break with them in future. The UK Government concluded a Withdrawal Agreement with the rest of the EU last November. The UK Government, under acute domestic pressure in Parliament to re-open discussions about the terms of the Agreement, now says it needs further clarifications and reassurances about the Irish Border text. Ireland and the rest of the EU are saying repeatedly they will offer to clarify but are not prepared to re-write the Agreement.

The UK has Brexit (and post-Brexit) choices 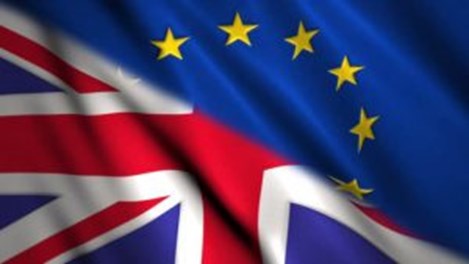 Parliament is expected to vote on Brexit on 15 January. The UK Government maintains the vote on the PM’s November deal next week, deferred from December, is the only way to avoid no deal. As a bishop based in Brussels, with a diocese that stretches across the EU and beyond, I remain perplexed. We were told ‘no deal is better than a bad deal’, then we were told that ‘no deal’ was the worst of all worlds, and now we are again being told to prepare for ‘no deal’. If you are in my diocese, ‘deal or no deal’ slogans mean everything in terms of your basic rights to live in your chosen country, receive health care and draw a pension. There’s been no genuine consideration of future relationship options the EU has put on the table a year ago, e.g., a variant on Norway. Leaving the EU without a deal will lose our largest trading relationship. What’s the alternative vision and future for us in the world on trade, prosperity, peace and security?

The Church is here to stay in Europe beyond Brexit

Amid all this Brexit confusion, I was delighted that The House of Bishops issued a statement before Christmas, urging our political leaders to work together across tribal divisions, exhorting them to speak to each other and to us with integrity, courage and clarity. The Diocese in Europe, the 42nd in the Church of England, has a presence right across the European continent. We have over 300 chaplaincies, from Iceland in the north, to Turkey in the east. We maintain close relationships with our brothers and sisters in other Christian Churches in Europe. And we will continue to campaign in the European Institutions on key issues of human rights, migration and freedom of religious expression and belief. The UK may be set to leave the EU after 45 years: Anglicans have been in Europe for over 400 and will remain here.

In the 1975 referendum, the campaign lobby to get the UK out of the EEC used the slogan ‘Out, and into the world’. The real risk we face without a deal is that the UK will be just ‘out’ …

Rt Revd Dr Robert Innes is the Anglican Bishop in Europe. He writes on Brexit at https://bishopineurope.wordpress.com and tweets at @Bishop_Europe