This months Chaplaincy Letter is written by the Peter Gillies, member of the Leadership Team in All-Saints Amersfoort, BBQ-er, and organizer of the “Men’s Evenings”

Dr. David Livingstone was reputed to have said, “People talk of the sacrifice I have made in spending so much of my life in Africa. It is emphatically no sacrifice. Say rather it is a privilege.” Perhaps that is a too grand beginning to a tale of much less daring-do, but no less love, for our Lord and Savior, Jesus Christ. Last month, the Rev. Grant Crowe and myself went for four full days to Tirana, Albania to preach, pray, commune with, and visit three thriving church plants of the Illyricum network – with a fourth on the way that will cater to 100,000 people in a part of the city where there are no churches at all today. (http://www.illyricum.org/) 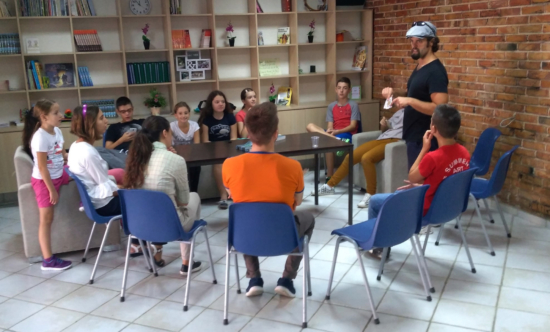 • We endeavored to show them friendship and they overwhelmed us with our common bonds in Christ.
• We were eager to preach Christ, and they showed us how disciples really plant seeds for the future.
• We were intent to bring support and inspiration, and – as anyone who has gone on such a trip has certainly experienced – it was we who came away inspired with what Christ’s Word and Christ’s people can do.

Indeed, say it was a privilege.

Frustratingly, the new Albanian Christians (and the openly curious) come, and go to these churches, in the thousands. The little churches in Albania sit at the intersection between a pulsating and spreading Islam from the East, a search for meaning by everyday Albanians, and the shell of a once Christian continent to the West. 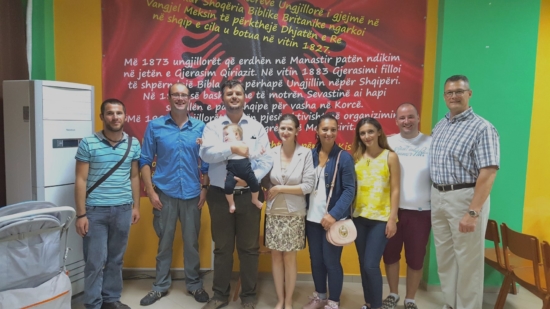 As the veneer of Albania’s secular Islam starts to wear thin, people need to find meaning in their lives. It is easy to turn one’s gaze more fully to the Islam that is known, but, for many thousands of Albanians, it is more satisfying to find out who the prophet Yeshua really is and why knowing who he is will make the most important difference in one’s life. It is an exploration fraught with secular dangers: the rejection of friends, the disapproval – even disavowal – of family, and the almost magnetic influence of a still culturally ingrained Islam.

There seem to be no quick and easy conversions in Albania: each new Christian a precious kernel of wheat carefully sifted through God’s heart. The churches started and husbanded by are the first fields where new Christian seeds can not only grow, but take root and flower. Much of the spiritual ground is like Tirana itself: concrete and asphalt covered in a thin layer of dust. Consequently, there is a feeling that winning souls for Christ is an all-day, every-day activity. There is no time to waste and so much remains to be done with few physical resources, but it is buoyed by the message of Christ in a land thirsty for meaning.

Christ’s message has a special accent for Albania, a country better known for blood feuds than the gracious hospitality that should be its defining characteristic. Still, there is no getting around the culture of deep and lasting “un”-forgiveness and it is only with one’s life – or something very near it – that hostilities can cease. Too often, a simple cease-fire is characterized as ‘forgiveness’. But imagine knowing the real and undeserved and free and gracious true forgiveness that Christ gives those who will believe on Him! It is a message of mercy and grace tailor-made for Man, but it has a special resonance in Albania. 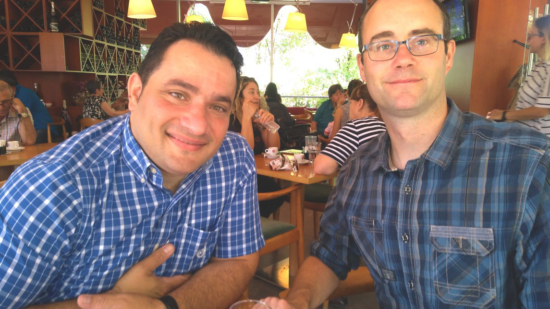 Many churches and individuals are helping and supporting. We already have plans to go back to expand our partnership and employ our gifts where they can be used in the first quarter of 2018. Support us, won’t you, with your prayers? We need earnest and direct prayers for the preaching we will do, for the hearts that need to open to the message, and for that brave band of Christians in Albania – may they grow to be a jewel in Christ’s crown!