This is a report by Beth Houdijk on the Holy Trinity Utrecht Away Day on 4 June, 2016.

My husband (John) and children (Hannah and Abby) and I have only been attending Holy Trinity on a regular basis since May this year, so we were pleased when we heard about an ‘away day’ that would be in early June. A good opportunity to get to know our fellow church members in a more informal setting, and childcare would be provided! We were keen to sign up.

On the day, we chose to drive ourselves to the location, a converted farmhouse near Maarsbergen. We told the kids to wear welly boots, thinking there might be long grass and ‘scout hut’-style accommodation, so what a surprise when we arrived at De Weistaar! The former farm buildings are now a sophisticated conference and reception centre, where we were waited on with coffee and cream cakes as others arrived, including the 15 or so who had travelled by bus from Utrecht.

Soon the day began, with an opening by Peter Boswijk and a hymn: ‘Love divine, all loves excelling’, to get us in the mood. The theme for the day was ‘Being Church Together’, and we would spend the first part of the morning putting that into practice very literally. Rosemarie Strengholt and Eric Heemskerk introduced us to the activity: Speed dating! We would have four minutes to talk to someone new in the church (they had questions in case we couldn’t find anything 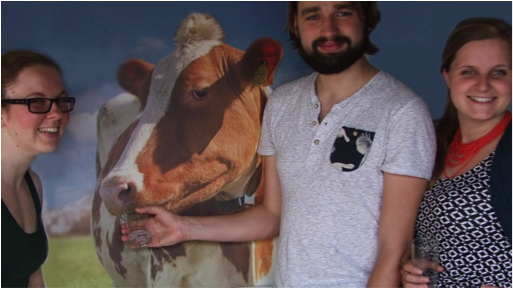 to talk about), and then when they gave the signal it was time to move on to a new conversation partner for the next four minutes, and so on for an hour or so. It was pretty intensive, but very effective – in that hour I had the chance to meet more people than I had met so far in the church until that point. And hopefully I’ll be able to remember everybody’s name next time we meet!

After this I was ready for a break, but Rosemarie and Eric hadn’t finished yet. Now it was time for Bingo – only not the usual sort. We were given pieces of paper telling us to ‘Find someone who…’, with a table of 25 boxes. Could we find someone who is Dutch but doesn’t speak the language? Or someone who owns a guitar? Someone who has been coming to Holy Trinity for more than 20 years? Or someone who enjoys fishing? The first one to get a signature in all 25 boxes would win their choice of three prizes.

Well, being new in the church and a bit tired out from the speed dating, I must admit I gave up quite quickly. But others were keener than me, and for the next couple of hours people were exchanging signatures and filling up their tables until at lunchtime I heard ‘Bingo!’ – it was Kit de Bolster, herself someone who has been in the church longer than 20 years and who, she admitted, had something of an advantage. Well, I don’t know if she chose the bottle of wine, the apple pie or the blueberries, but I’m sure whatever she had it was delicious. [John tells me it was the blueberries!]

One thing that struck me about getting to know so many Holy Trinity members was the variety of backgrounds and stories people could tell. What a mix of nationalities and reasons for coming! For some, it was primarily the English language or culture that led them to seek Anglican worship. For others, it was the similarity of liturgy and church style that attracted them. Some people came because it was close by, but there were also people that travelled many miles to come to Holy Trinity. For me personally, the location is an important factor, but also the familiarity, to me at least, of the Anglican tradition, which I grew up with and stayed within until I left England 15 years ago. But I think the most important thing is the sense of God’s Spirit leading the church through faithful, prayerful teaching.

On the subject of teaching, that was the next thing on the agenda for the day. Reverend David Phillips, back from his break, spoke to us from a verse in the book of Acts: “They devoted themselves to the apostles’ teaching and the fellowship, to the breaking of bread and the prayers” (Acts 2:42). This is a model of the church, and Rev David broke the verse down into its four component parts: teaching (from the Bible), fellowship with our fellow Christians, the breaking of bread (or Jesus’ institution of Holy Communion) and prayer, plus one extra: sharing the gospel, which was the context of the original verse. What does it mean to be church in each of these five ways? How are we ‘doing’ or ‘being’ church now and how could we change or improve in the future? These three questions would be the focus of our discussion and brainstorming after lunch…

While all this was going on, our kids were having a great 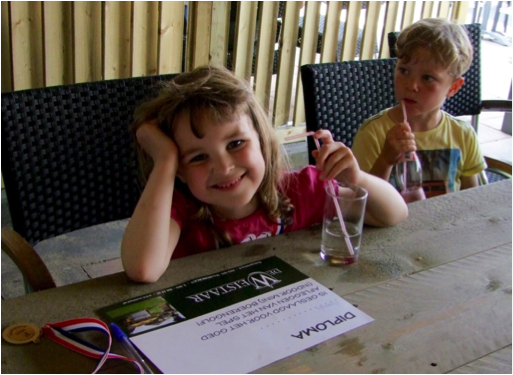 time creating stained glass windows in their own private ‘museum’ – a part of the converted farmhouse that had been set up with scenes from traditional farming life, using authentic period implements. Many thanks to Debby Los and Rabea Boswijk for giving me the chance to take part without being interrupted by small people’s needs!

But then it was time for lunch, a luxurious affair with a choice of soups, delicious bread and toppings, and tea, coffee or milk (sweet and sour, i.e. normal or karnemelk). We went back for second helpings and then were astonished by the mini ‘croquettes’ and other hot snacks that were served later. What a feast. Our kids had their choice of drinks, a treat for them.
Lunchtime was relaxed: instead of the typical Dutch half-hour break we had a whole hour and a half to eat, chat, enjoy the sunshine (it was a glorious day) and keep on filling in our bingo cards. The kids went to play in the playground and I discovered a quiet place on the roof in which to try and process all the many impressions of the day so far.

Then, at 2pm, it was back into the air-conditioned meeting room (they called it ‘De Stal’ but it bore no resemblance to stables!) and it was time to begin the process of brainstorming. We were free to choose where we sat and what we discussed. I chose to go outside first, to the group talking about prayer. What is prayer? Trevor Whitfield was scribe and chairman and the result of half an hour’s brainstorming was an A2 sheet full of points. Next, I decided to sit with Eric Heemskerk to think about teaching, that is to say, the Bible. Rev David had asked us: why in a church of over a hundred and fifty people do only 6-12 come to the Bible study each week? And how are we doing when it comes to issues that divide the church? I know we didn’t find the answers in half an hour.

The third and last session was focused on action – what can we do to bring about the changes needed? I chose to join the group talking about ‘breaking the bread’, which t 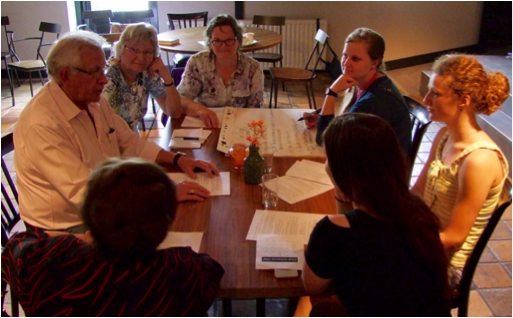 urned out to be a discussion of the church services in general rather than only Holy Communion. What music should we sing? What time should the service start? Is it ok to talk before the service? These and other topics were held up to the light, with Wim Kuiper as moderator and secretary. In other groups, similar discussions were held on the areas of fellowship and sharing the gospel.

At the end of this process it was time for a break – and we were amazed again at the generosity of the away day’s organisers, since we were offered delicious mini spring rolls and bitterballen and there was an open tab at the bar (my other half, John, asked Peter: ‘Who’s paying for all of this?’, to which the answer was: ‘You are!’, which of course was indirectly true!). While we ate and drank we listened to a summary of the afternoon’s discussions and found out the bingo winners (my apologies to the other two winners – I missed the announcement so didn’t hear who you were but I hope you enjoyed the prizes!). This last session ended with another hymn that, for me, bound all of the variety and disparateness of the day together again in the core truth that: ‘The church’s one foundation is Jesus Christ herLord’.

And then after some more chit-chat it was gradually time to collect our things, round up the kids and head home through the late afternoon sun. Our girls were thrilled at having won medals on the mini-golf course and had had a wonderful bonding experience with the other girls their age. As for John and myself, we were more than pleased with the chance to get to know our fellow worshippers and left feeling full – of names, stories, values, ideas… and snacks! Let’s just say I didn’t need any dinner that evening… 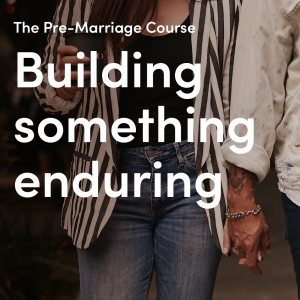