“The desert is a dangerous place. There is no food. There is no water. People die without food and water. Nothing grows there, so when the wind blows, the shape of the desert changes. People lose their way ….”

This is the beginning of the first story (from Exodus) that I heard at the Godly Play course in Sheffield, UK, which I attended in March 2017. Father David thought it a good idea to have Godly Play at our disposal in Holy Trinity Church and I was more than happy to learn the trade. 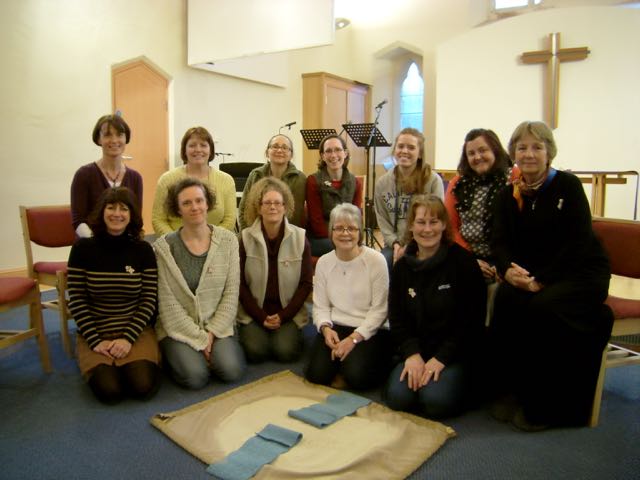 There were ten other ladies following the course, all from different parts in the UK. Kate Cornwell and Diana Williams were the course leaders and in three intensive days they taught us the ins and outs of telling Godly Play stories. We started at eight in the mornings – in the church hall and the Godly Play room of the Vine, Saint Stephen’s Church – and worked on until about seven pm. There was of course a lunchbreak, when baked potatoes and a variety of salads were served in the church hall.

‘Godly Play’ is a very specific way of telling religious or Bible stories to children and adults. It was developed in the US in the 1980s by Jerome Berryman, a Presbyterian minister who was later ordained an Episcopalian priest. Godly Play has undergone a vibrant development in Christian education in recent decades, not only in the US but also in the UK and other European countries.

During these three days in Sheffield one of the challenges was that we all (‘the students’) had to learn a Godly Play story (more or less by heart) and in turn tell it to the group. The story that I told was a parable: ‘the good Samaritan’. It was a wonderful experience and actually the whole course was a fabulous experience; I loved it! 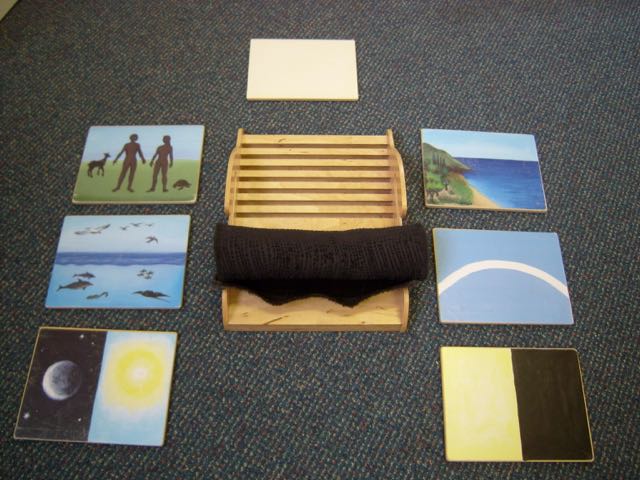 In Godly Play the text of the story is reduced to a bare minimum – leaving a lot of room for the individual imagination of the listener – and visuals are used to support the story.

These visuals can be small wooden figures (‘the people of God’) being moved along in a heap of sand (‘the desert’), or seven paintings of the seven days of creation (Genesis), for instance. There are many stories: Old Testament stories, New Testament stories, parables, enrichment stories, stories about the saints and about the sacraments, and each of them has their own fixed text and set of visuals.

On June the 4th, 2017, after the service of the feast of Pentecost at Holy Trinity Church, Utrecht, there will be a shared lunch in the parsonage hall.  And there – before lunch starts – I will tell the Godly Play version of the story of Pentecost. And this is how that story begins: “There was once a great tower …..”