‘Silence’: A film probing faith and doubt, mission and culture, and the speaking of God 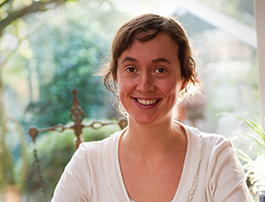 This review was written by Daniëlle Koning (right).

Once in a while you see a film that offers images and intrigues your mind in a way that you cannot seem to shake off for weeks on end. ‘Silence’, recently released, is one such film.

The story is based on historical events as narrated in a 1966 novel of the same name by Shusaku Endo, a Japanese Roman Catholic. It chronicles the events that occur when two 17th century Jesuit priests from Portugal, Rodrigues and Garupe, go on a special mission to Japan. Their goal is to find the beloved priest who mentored them, Father Ferreira, who went to Japan to spread Christianity but is now rumored to have renounced his faith in exchange for a Japanese life. Refusing to believe this rumor, Rodrigues and Garupe set out to trace Father Ferreira, even though at the time Japan is a place where Christians are systematically tortured and killed.

They are guided by the odd figure of Kichijiro, a Japanese man with a Christian past who is blind drunk when they meet him first. Kichijiro leads the two priests to the underground world of Japanese Christians, who live in small villages deep in the mountains. There starts a journey for Rodrigues and Garupe that introduces them on the one hand to the profound, inspiring faith of hidden believers, and on the other hand to the cruel, taxing persecution by the Japanese authorities. 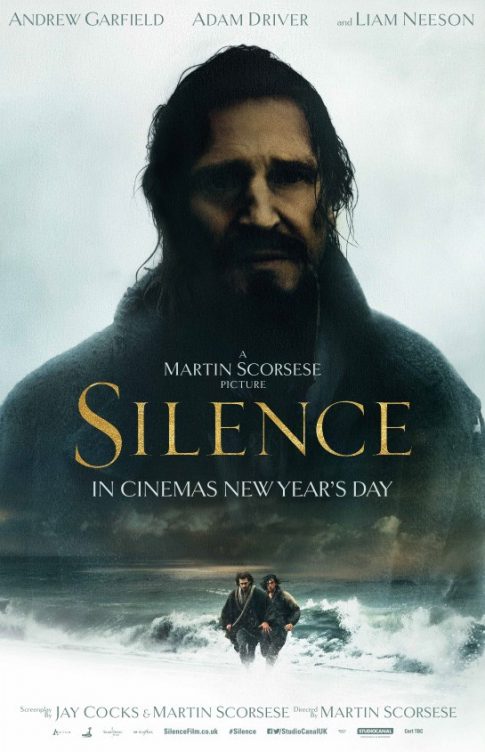 More than a sequence of events, the story unfolds as a window on the dynamic of the inner life of a believer. In countless ways, from the subtlety of facial expression to the tangibility of action, the film immerses the viewer in the complex intertwining of faith and doubt, courage and cowardice, loyalty and betrayal.

Rodrigues clearly starts out as the moral hero: he is the faithful priest loving God and serving persecuted believers at the risk of torture and death. His obvious narrative opponent is Kichijiro, the drunkard who cowardly succumbed to the Japanese inquisitor by placing his foot on an image of Christ (a terrible act of disrespect in the East!), thereby saving his own life while the rest of his believing family was killed.

As the story progresses, however, we see that the relationship between these two men is more complex than it first seems. We see the reality of doubt in the saintly Rodrigues. For example, when things get increasingly tough, and none of his prayers seem to get answered, he begins questioning God: “Are you even there? Am I speaking to someone?”.

When he gets captured by the Japanese inquisitor and seems to face death, he displays severe anguish, an embarrassing contrast with the calm faces of his Japanese fellow prisoners who are looking forward to the joys of paradise. At the same time, we discover the deep faith in the apostate Kichijiro.

Though he betrays both Rodrigues and Christ multiple times, he is a man with a deep awareness of sin – he keeps looking for ways to reconcile himself to God and his past, keeps believing in the efficacy of forgiveness, and maintains a faithfulness to Rodrigues that outlasts that of everybody else. 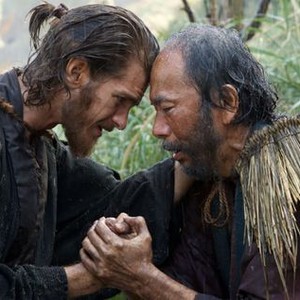 The complex nature of the characters of Rodrigues and Kichijiro may be experienced as somewhat unsettling: there is no traditional ‘good guys – bad guys’ divide here that helps us to sort out the moral world. However, it is their very ambivalence that makes the two figures so real and recognizable, offering us an image of ourselves. Rodrigues and Kichijiro mirror the fact that the faith in us never comes without doubt, and that the doubt in us is rarely divorced from traces of faith. They reflect the inner realities that our loyalty is never fully free from betrayal, and that our cowardice constantly takes turns with our courage. In a world full of idealized and unreal portrayals of human life, I find this honest unveiling of our inner world, which is simultaneously broken and whole, one of the greatest gifts of the film.

The film raises many other issues and questions that it does not directly resolve or answer, but, wholly in the style of Endo who as a Japanese Roman Catholic lived a life of inner tensions, leaves with the viewer to ponder. One is the nature of missionary work, and in particular the interaction between ‘Christianity’ and ‘culture’. Is Christianity of universal value and application (Rodrigues’ perspective) or a mere local religion good for Portugal but fundamentally incompatible with Japanese culture (the Japanese inquisitor’s perspective)? Does it require a denial of one’s Christian identity to see and experience the beauty of Japanese culture? Is the Christian idea of a future salvation from suffering an example of one of those very attachments that Buddhist practitioners are trying to purify their minds of? The 17th century dialogues on these questions are remarkably applicable to our own age, in which mission work is popularly critiqued because of it’s supposedly destructive effects on ‘local culture’. The film is extraordinary in how it leaves the issue open, neither promoting nor critiquing missions, making it digestable and of interest to both Christian and secular audiences.

A final theme that, considering the film’s title, must be mentioned here is that of the speaking of God. God seems puzzlingly silent in the film. His devotees go through excruciating pains, but it seems as though He indifferently stands aloof. How do we make sense of God’s presence and intervention, when an earnest prayer is followed by decapitation? Again, the film does not give us any answers. But it gives a subtle suggestion. Half-way through the film, the young Rodrigues wonders if God’s silence in his troubles means that it’s all a hoax – the kind of thought that makes us want to give up our faith as it seems nothing more than a mind game. Near the end of the film, however, the older Rodrigues reflects: “Perhaps in all this silence, God spoke”. Might this mean that we do not have to deny God’s silence, or twist it around so it appears as though He spoke and directed while He really was quiet? Could we rest in the silence of God and then simply enter into whatever awareness, understanding or action that leads us to?

Whatever your personal stance is on faith, mission and God’s speaking, this film is guaranteed to give you input for reflection on your position and perspectives.  I definitely recommend seeing it!