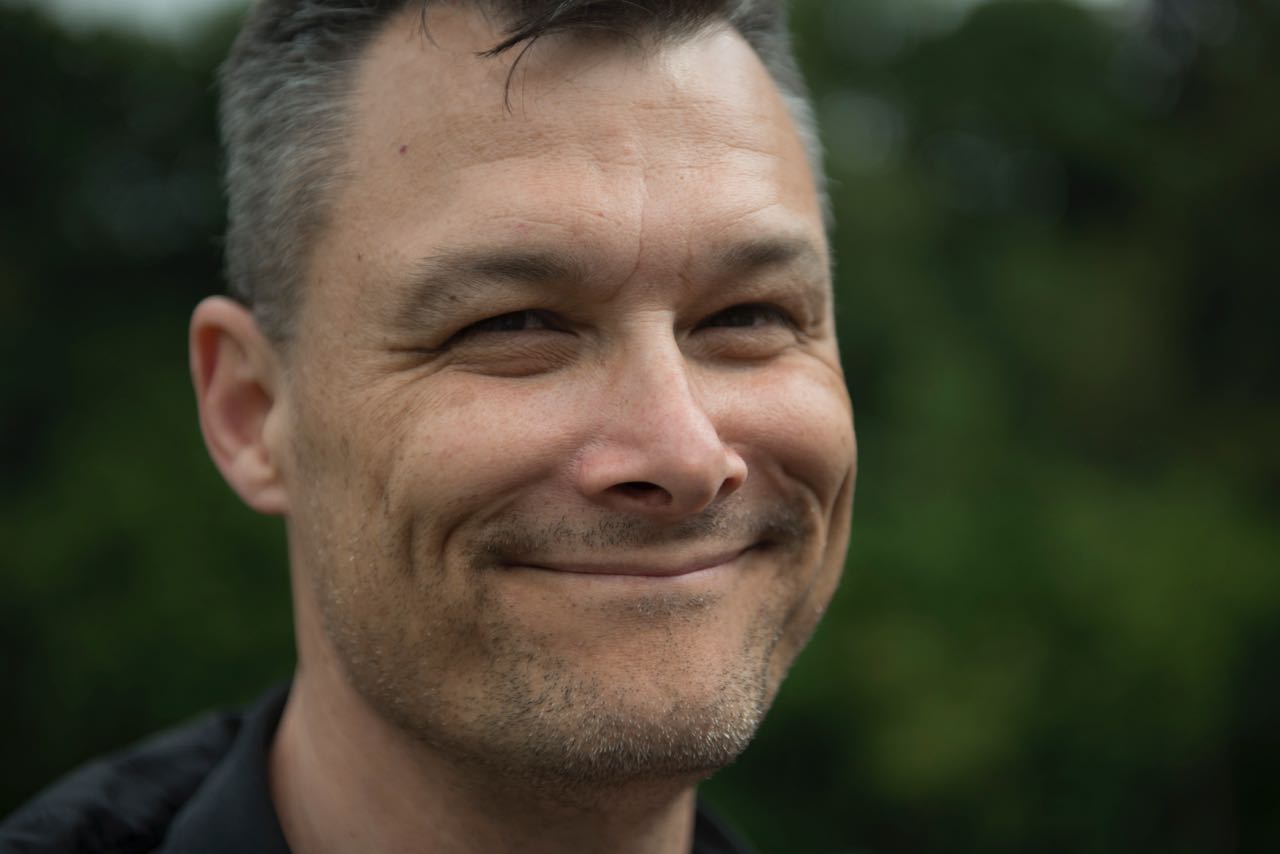 This contribution is from Peter Gillies who is part of the All Saints Amersfoort congregation, a member of our Chaplaincy Council and the Taskforce for the Anglican Church in Amersfoort.  It is a call to re-evaluate our to assumptions about Adam and his reasons for taking the fruit of the forbidden tree in Genesis 3, it is an apologia for Adam.

I think we can lament how men and fathers are portrayed in the media today, i.e. bumbling, lazy, & stupid – think Homer Simpson.  This prejudice has even infected how we see Adam and assign to him the same sort of clueless bumbler moniker.  Were men that hopeless right from the start?

In the Garden, so the story goes, Adam was confronted by his wife offering him the apple (or whatever fruit it was) from the Tree of the Knowledge of Good and Evil.  One might imagine that he was standing near her when she plucked it and ate it, perhaps even having heard what the serpent said to her.  He then, – again, as the story goes – under the spell of his own weakness, took and ate the apple offered to him by Eve.  What a dope.

Adam added insult to injury when confronted by God in the Garden, (NIV Genesis 3:12) The man said, “The woman you put here with me—she gave me some fruit from the tree, and I ate it.”  God turns to Eve and asks her “what have you done?”  So what do we see here?  A weak man casting blame and running for cover… right?

So, why do we think so poorly of Adam?  A reading of the raw words of the Bible doesn’t.   I mean, they could, but may I suggest for a moment that we are projecting our own weaknesses and the weaknesses of those around us on a man who – in reality – was actively and thoughtfully trying to do the right thing, rather than being passively complicit in the wrong thing.  That would be astonishing, but I think it may even be true.

Let me start off with a question: why were Jewish males circumcised?   Well, like many shadows and types in the Old Testament circumcision is meant to show that it is the flesh that gets in the way between God and Man.  Man doesn’t sufficiently trust God and goes off to repair His plans in one way or another.  For example, Abram and Sarai were convinced that God’s promise of a son was so long overdue that they needed Hagar’s help to complete it.  When Man tries to jolly God’s plans along it leads to unforeseen complications.  I believe we are seeing this dynamic here in the Garden with Adam.

We don’t know where Adam was standing when Eve was beguiled by Satan, but let us assume that whether he saw it all happen or not, he knew exactly what Eve was offering him.  He also knew the punishment that would befall Eve, so let us also assume he is not a naked version of Homer Simpson, but an innocent and upright man worthy of being part of a Creation God called “very good”.

If we make the assumption that he was all a man should be at that point: noble, intelligent, caring, in short showing the ‘headship’ God meant for men to exhibit, then the same scenario in Genesis three that we use to pillory Adam actually exonerates him and serves as a role model for all of us – as well as a shadow and image of the coming Christ – the Second Adam.  The key lies in what he thought and did.  So, what did he think and do?

Adam thought, “Oh, dear.  My lovely wife has eaten of the tree.  I’m going to be alone again – how can I fix this?”  To be sure, he could have left it over to God to decide: “Hey, Lord.  Um, we have a real problem and I would like to trust Your judgement and lay it at Your feet.”  That would have been the best plan, but ‘no’, he wants to fix it.  Indeed, it was not simply the eating of the fruit that was the sin, but the disobedience of God’s command and reaching for something you were never meant to have.  Eve sinned by being seduced and then eating, Adam sinned by trying to fix it by eating; in other words, by trying to play God.

Satan wanted to “be as the most high”, Eve wanted “to be like God knowing Good and Evil”, and Adam wanted to fix something only God was equipped to do.  That is my premise.

Adam might have calculated that God wouldn’t destroy both of them, or perhaps he took a cue from Pepe le Pew: “vive l’amour – we go down together!”, in a vain attempt to protect a person who was made for him and from him echoing Creation which was made by the Son and for the Son.

Notice that when God found out about the sin he didn’t shake his head and say, “Adam, you idiot!”  No, the story immediately transitions to the woman and by implication God says, “Why did you put him in such a position that he was so ill-equipped to handle?  You are his helper as I am yours.”  Adam tried to take the sin upon himself, in a way, but it was a decision way above his pay grade.

So, far from being stupid or naïve or indifferent, Adam’s sin was to try and interfere in God’s purview and make it better; to fix it.  As Paul states in Timothy 2:13,14 “For Adam was formed first, then Eve. And Adam was not the one deceived; it was the woman who was deceived and became a sinner.” As pitiful an attempt as one might find it to be, I feel he was trying to do the noble thing by sharing in his wife’s fate.  His comment, “the woman that You gave me” was not said with a bowed head, downcast eyes, and a pointing finger, but with chin high, aware of the responsibility, and a heart beating out of his chest as he anxiously awaited the crushing blow God was sure to mete out.

In contrast to the traditional view we have of Adam’s role in the Fall, we can look at the story through a different lens.  I contend it is a more accurate and focused lens.  It hints at the coming of Christ, the only one who can intercede for Man; it shows how the flesh gets in the way of God’s plans; it impeaches Adam’s nobly motivated, but ultimately clumsy, attempts at fixing a bad situation rather than relying on the Almighty.

The story in Genesis three shows Men that they are sinners; that even the great Adam cannot fix sin no matter how noble or well-intentioned his motivations; and that the wages of Sin is death, but God is a merciful, gracious, patient, loving, and just God Whom we can trust to do the right thing no matter how dire the sin or the circumstances.