This contribution was written by Ineke Cornet, Safeguarding officer

In the November newsletter, I explained that safeguarding is about protecting minors, young adults, and vulnerable adults from a range of forms of abuse. The Church of England wants to do all it can do to provide a safe environment in the Church for everyone. All abuse is a betrayal of trust and a misuse of authority and power. In this article, I intend to explain a bit more how the Church defines various forms of abuse that can happen in every community and in every church. I hope this helps everyone to understand better what safeguarding is about, how to recognise signs of abuse, and how to respond to it.
These forms of abuse have been outlined in several (updated) documents that have been officially approved by the Church of England’s House of Bishops, which are Promoting a Safe Church: Policy for Safeguarding Adults in the Church of England (2006), Protecting All God’s Children. The Policy for Safeguarding Children in the Church of England (2010), and Responding Well to Domestic Abuse: Policy and Practice Guidance (2017) (1.). While I summarise the various forms of abuse outlined in these papers, the documents which anyone can access online provide long lists of signs to recognise these types of abuses, as well as additional theological resources. 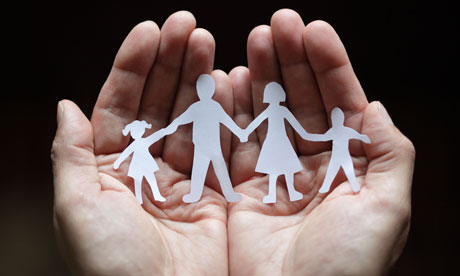 Spiritual aspects of abuse
Churches need to be sensitive so that they do not, in their pastoral care, attempt to ‘force’ religious values or ideas onto people, particularly those who may be vulnerable to such practices. Within faith communities harm can be caused by the inappropriate use of religious belief or practice; this can include the misuse of the authority of leadership or penitential discipline, oppressive teaching, or intrusive healing and deliverance ministries, which may result in vulnerable people experiencing physical, emotional or sexual harm.

Physical abuse
The ill-treatment of an adult or child, which may or may not cause physical injury, is regarded as physical abuse. Instances might include hitting, inappropriate restraint, and withholding or misuse of medication. It could include racially or religiously motivated attacks.

Emotional or psychological abuse
The use of threats or fear or the power of the carer’s or other adult’s position to negate the vulnerable person’s independent wishes. Such behaviour can create very real emotional or psychological stress. Bullying, sexual and racial harassment would also come into this category if physical harm were not used. It includes lack of privacy or choice, denial of dignity, deprivation of social contact or deliberate isolation, making someone feel worthless, lack of love or affection, threats, verbal abuse, humiliation, blaming, controlling, pressurizing, coercion, fear, ignoring the person. Harassment may include name calling, victimization and ostracism, unwanted sexual attention, stalking, compromising invitations or gifts, the display of images that are racially or sexually offensive, the suggestion that sexual favours might further promotion prospects.

Financial or legal abuse
The wilful extortion or manipulation of the vulnerable person’s legal or civil rights must be construed as abuse. Such activity may include misappropriation of monies or goods, the misuse of finances, property or possessions, or withholding money, the exploitation of a person’s resources or embezzlement. Such abuse may involve the use of a position of authority or friendship to persuade a person to make gifts, to leave legacies or change a will.

Neglect
Neglectful behaviour is any pattern of activity by another person, which seriously impairs an individual. Neglect can include: failure to intervene in situations where there is danger to a vulnerable person or to others, particularly when a person lacks the mental capacity to assess risk, not giving personal care, deliberately withholding visual or hearing aids, withholding food, drink, light and clothing, restricting access to medical services, denying social, religious or cultural contacts, denying contact with family, lack of appropriate supervision.

Sexual abuse
A sexual act carried out without the informed consent of the other individual is abuse. Such behaviour includes contact and non-contact abuse. The issue of informed consent is a fraught one and would need to be carefully investigated. No one should enter into a sexual relationship with someone for whom they have pastoral responsibility or have a position of trust. Non-contact abuse may include sexual remarks and suggestions, introduction to indecent material, indecent exposure. Contact abuse may include rape, indecent assault, being forced to touch another person, sexual intercourse or being pressurized into consenting to sexual acts.

Domestic violence
Domestic violence includes any incident of threatening behaviour, violence or abuse between adults or young people, who are or who have been intimate partners, family members or extended family members, regardless of gender and sexuality. It is important to respect the story of the victim and to assure them it is not their fault. While domestic violence can happen anywhere, it is particularly tragic when domestic violence is not addressed properly through a misunderstanding of certain parts of Scripture. Responding Well to Domestic Abuse: Policy and Practice Guidance provides ample practical and theological resources to help us as a Church to support victims of domestic abuse, and includes the way in which we use Scriptures to help rather than hurt victims. The table below (2.) lists some scriptures that have been used unhelpfully with regard to victims of domestic abuse together with how the same scriptures could be applied helpfully. If you would like to read more about how other verses from Scripture can be used in a helpful way, please have a look at the original document, Responding well to Domestic Abuse.

The Church urges everyone to respond to domestic violence by valuing, listening to and respecting both survivors and alleged or known perpetrators of domestic abuse, whilst appreciating the need to ensure a distance is kept between the two and refusing to condone the perpetration or continuation of any form of abuse.

Promoting a safe Church thus covers a range of issues. It invites all of us to be vigilant for signs of abuse, and to do everything we can to prevent abuse from happening, and when it happens, to respond carefully and with respect to the victims. If you have any questions, please do not hesitate to ask your safeguarding officers

(1.) The summary is based on these documents.The full documents can be found here:

(2.) The full table can be found in Responding Well to Domestic Abuse: Policy and Practice Guidance.