On Saturday we had our Crèche service for the children and we went through the story of the incarnation told in children’s songs and in very simple story telling.  We all know it well, it is a story most of us have heard since we were children.  How is this more than a nice story?

I’d like us to think about what is the claim of Christmas, why it is important and how we can receive this revelation in a way that really changes us.

What is the claim?

Many of you know Mieps, a very long-time member of the congregation.  She was born blind and is now in her 80s.  She is very independent and still lives by herself.  Two weeks ago she was in her apartment at night and fell and broke her hip.  I asked her what I should speak about the meaning of Christmas – she said, gratitude, overwhelming gratitude.  And she described what happened to her after she fell – she was sitting there, if she tried to move it was agony.  Her phone was not on her as it usually is in her pocket.  Her neighbours were not in their apartments next door.  She was there for a while on the floor, and began to wonder if she would be there for 2 ½ days until her help would come to do her chores.  She was anxious, she was in pain, and she reached out her hand – and she didn’t say she found her phone, but her phone “came into her hand” – it was a wonder, a moment of overwhelming gratitude.  From her isolation she held the lifeline, she was able to get help immediately – she has since had surgery, and is now recovering well in rehabilitation.

Mary said when the Angel announced that she would give birth to Jesus:
God remembering his mercy, has helped his servant Israel, as he promised to our forefathers, Abraham and his seed forever.

John the Baptist’s father, speaking in the Spirit, describes the coming Messiah:
The Dayspring from on high has visited us; to give light to those who sit in darkness and in the shadow of death: and to guide our feet into the way of peace.

John the Evangelist said, after a lifetime of reflecting on his encounter with Jesus:
That which was from the beginning… we have heard… we have seen with our eyes… we have looked upon and touched with our hands… the eternal life which was with the Father…was made manifest to us.  [1 John 1] 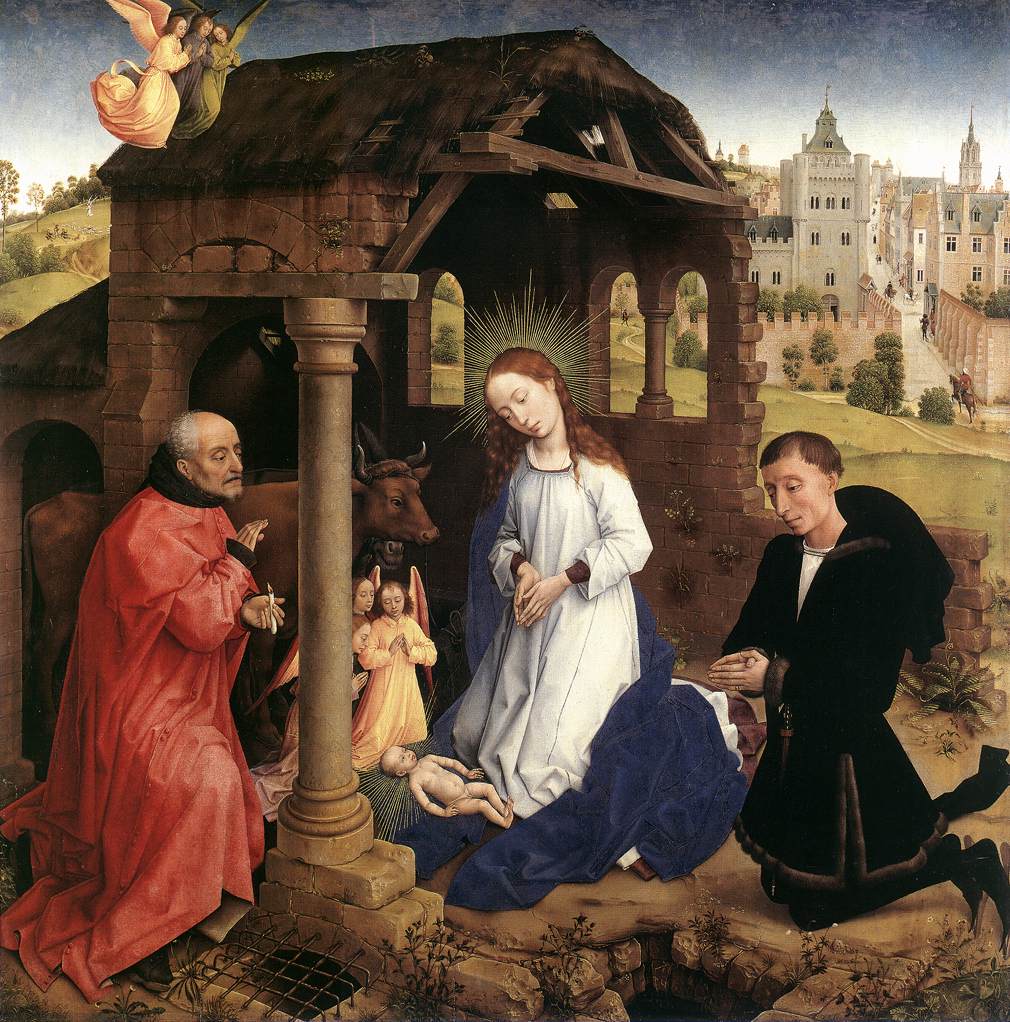 The claim that God became a man is a paradox.  St Athanasius describes it this way:

The Word was not hedged in by His body, nor did His presence in the body prevent His being present elsewhere as well.  When He moved His body he did not cease also to direct the universe by His Mind and might….His body was for Him not a limitation, but an instrument, so that He was both in it and in all things, and outside all things, resting in the Father alone.  At one and the same time—this is the wonder—as Man He was living a human life, and as Word He was sustaining the life of the universe, and as Son He was in constant union with the Father…   [Incarnation, ch. 3 para. 17]

That is the claim when we say, the eternal Word was made flesh and dwelt among us.

Why is this important?

If it is true, it makes a world of difference, it makes the world different.

For one thing, if God becomes this man, Jesus, our understanding about God is not primarily theories about what God must be like, or rational speculations about the nature of God, but rather our observations of this man.  And strangely, it seems that the thing we are to observe from the Gospels is mainly his very human encounters with the people he meets:

As we reflect on God in the flesh we begin to see the opportunities in every relationship, in every human encounter, in every human circumstance, to raise it up, to see its eternal significance, the possibilities of love, of new life, of human connection and reconciliation and transformation.  We’re not always able to act, but we begin to see and begin to follow in these ways and God is manifested in us.

Here we learn that the Kingdom of God is not brought about through the waging of war or through the diligent guarding of our borders.  It is not brought in through political movements however enlightened.  But we are pointed to these one-on-one encounters.  Here we see the perfect example in our midst, the Word made flesh – who teaches better than any other.

But the Incarnation has greater implications than this – knowledge and even following in Jesus’ steps does not bring in the Kingdom.  It may make us better images of God, but it does not make us “partakers of the divine nature.” [2 Peter 1:4]

One contemporary writer says that the Incarnation “speak[s] about a meeting, a union of God with humankind which alters our understanding, our deepest experience of what it is to be human, which gives us a new vision of the whole creation and alters the substance of our living and dying…[It] speak[s] of our deification.”  [Allchin, Participation in God, p. 63]

Jesus opens up for us a new and living way for not just an encounter but for union with God.

As one early writer, expanding on Athanasius, said:

The power of this reciprocal gift which deifies man for God through the love of God, and makes God man for man through his love for man, making through this noble exchange God to become man for the deification of man, and man to become God for the humanisation of God.  For the Word of God who is God wills always and in all things to work the mystery of his embodiment.  [Maximus the Confessor, Ambigua, as quoted by Allchin, Participation in God, p. 70]

We get something in this encounter, “deification” – God indwelling us, the raising up of our human nature and the adorning of our natural gifts, and the receiving of the gifts of incorruptibility and immortality.  And God gets something – a “humanisation” – a redemption in the believer which passes in and through the believer to the whole of God’s creation.

These are fine words, but can it really happen?

How do we receive these benefits?

John says today, To as many as believed on him, he gave power to become the children of God.

It is through faith that we are united with God, but what is meant by that faith?

Faith is not simply an ascent to a teaching, a rational acceptance of a revealed truth, though that follows.  The Incarnation, God taking flesh and dwelling among us, is God saying, I love you.  Aquinas says, there is no clearer sign of divine love than that the Creator should be made a creature, that the Lord should become a servant. [Sermon Conferences on the Apostles’ Creed, p.63]

Think about that in terms of human love – if we love another person, we really try to understand where that person is, we come along side, we place ourselves at each other’s service, and we show each other something beautiful that we know.  We give to one another and we receive from one another and we are changed.  But before we allow such an intimate exchange, it takes faith in the other in a way that is open to receiving, it takes the desire for it to happen.

The Incarnation is God saying, I love you.  And Jesus says, if we love him, we will follow him, and he will come to us, and dwell with us and be in us…and we will be changed. [St John 14]

Mieps put out her hand in her despair and the phone “came into it”.  Israel cried out in despair and the Disciples handled the Word made flesh.  And we can reach out this morning to handle Christ if we reach out in faith and love to receive the Holy Communion of His Body and Blood given for us.  And as we receive Him, He imparts his life to us – we are deified in Him and God is “humanized” in us.