Jerusalem above is free, and she is our mother.

This is Mothering Sunday, it has been a tradition to remember our mothers this day who gave life to us from their very flesh and who have and continue to nurture us in our earthly life (even if they have passed on to the next – by example, by their wise counsel, and behind the veil, with love and prayers).

In England Mothering Sunday has also been celebrated in times past by everyone going to the Cathedral of the Diocese to participate in worship together, remembering that the Church is our mother – bringing us to a spiritual birth and nurturing us in that heavenly life.  Of course that would be very difficult in our Diocese, the Diocese in Europe – all of us making our way to Gibraltar, just for the day!

An earthly life and a heavenly life – we need to be brought to birth and to be nurtured in both. Without a heavenly birth our lives, in the end, are futile – without transcendence, without hope.  But without an earthly birth there can be no heavenly birth. Both are miraculous! Both most necessary! 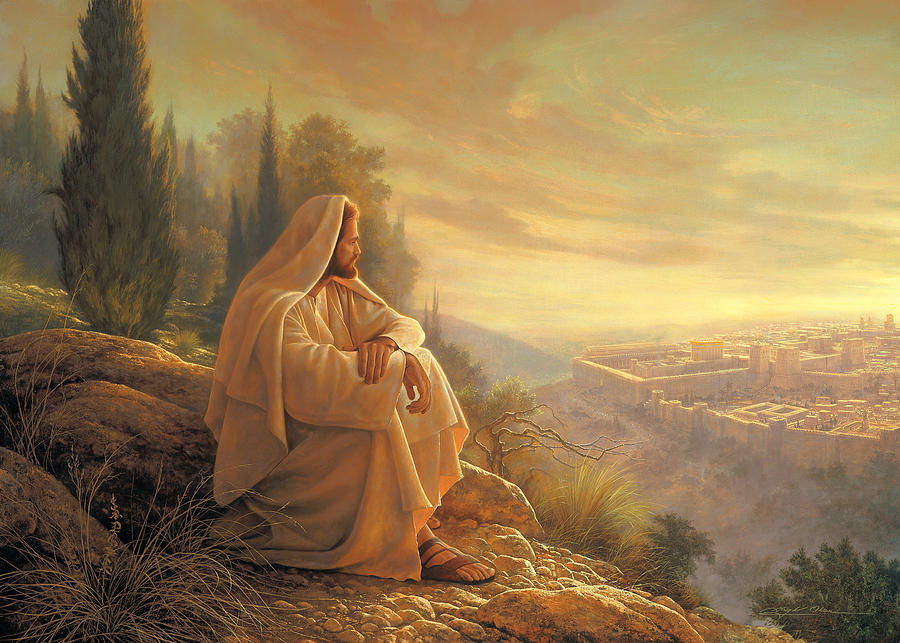 Our Epistle reading this morning contrasts two kinds of mothering: one which leads to bondage and the other that leads to freedom.

You remember that Abraham and Sarah were promised by God to have a son, and that after many many years without conceiving, Sarah gave her maid Hagar to Abraham – thinking that maybe this was the way through which God meant to give them a son, since Sarah was now past the normal age of childbirth – that child was named Ishmael.  But after 14 more years, Sarah finally conceived and had a child, as had originally been promised, and they called him Isaac (which means, He laughs, since God has the last laugh!).

Paul says, These things are an allegory:

Allegory is a word derived from Greek ‘allos’ meaning ‘other’ and ‘agoria’ – meaning ‘it speaks of’.  What Paul is saying is that the very circumstances of the lives of these women of the Old Testament speak to us of something else.

These women are two covenants. One is from Mount Sinai, bearing children for slavery; she is Hagar.  Now Hagar is Mount Sinai in Arabia; she corresponds to the present Jerusalem, for she is in slavery with her children.

Because of the confusions that had become of the teaching of the Law of Moses through the scribes and Pharisees – the Law, given to show us what love is like and to make us call out for a Saviour, had instead become an instrument of bondage.  It was used by the scribes and Pharisees as a means of self-righteousness and of holding people back through guilt. Remember that Jesus held his strongest rebuke to the teachers of the Law of Moses. Woe to you Scribes and Pharisees – hypocrites, white-washed tombs full of dead men’s bones! (Matt 23:27)  Their lives appeared righteous on the outside, but they were full of pride and envy inside and it led them to anger when Jesus challenged them in their midst – it led them to plot to put him to death.  They were still ‘fleshy’ or ‘carnally’ minded – they thought they were fulfilling the Law of God, but they were hypocrites, because it was only an outward following.

The Scribes and Pharisees are an example of motherhood gone wrong – they used their greater learning and their position of power to oppress and to keep the others from growing up and from freedom.  Jesus said that they had failed to enter the kingdom of heaven themselves, and they prevented those around them from entering also (Matt 23:13).

This is a warning to mothers, in exercising their motherhood – it is such a position of power and authority over a child growing up – motherhood is to be exercised in a way that neither oppresses their children nor prevents them from entering into full adulthood.  Mothers rejoice as they see their children beginning to think for themselves – how difficult to resist the temptation when they fail to say, I told you so! how difficult it must be to hold their tongues sometimes when they know they have good advice but know it won’t be received!  But that is love.  Mothers rejoice to see their children taking flight, with independence of mind and exercising their will.

And this is a great warning to the Church, in the exercise of its ministry – the ministry is not meant to obtain a slavish obedience of its adherents through guilt or through keeping them in ignorance.  But the Church, when acting in love, is an instrument by which God brings individuals to full maturity in Christ – so that they become truly free sons and daughters of the living God. St Paul says – I labour to bring Christ to birth in you! (Gal 4:19) (e.g. the Reformation – the Bible in the language of the people? – the Reformers came out on the side of, yes there is a danger of misinterpretation, but there is an even greater hope – that people will be fed and come to full maturity in Christ – internalizing their faith.)

The Jerusalem above is free; and she is our mother.

The Jerusalem above – Paul is referring to the perfected Church, the Kingdom of Heaven, which is mingled with the Church here on earth.  We all know too plainly the failings of the Church here on earth – they are very quickly pointed out by the world around us.  But also, somehow, despite its errors and imperfections in the exercise of its ministry, something of the Jerusalem which is above, something of that perfect Church in heaven continues to shine through – it is a divinely inspired institution.

The Church brings children into the Kingdom through baptism and nurtures them on their journey through teaching them God’s Word written and the administration of the other Sacraments.  How to be a good mother requires much grace and many prayers.

The ancient Collect for this morning reveals something of the dilemma for the Church in its ministry as our mother.  I suspect some of these phrases are shocking to modern ears.

Grant, we beseech you, Almighty God, that we, who for our evil deeds do worthily deserve to be punished, by the comfort of your grace may mercifully be relieved; through our Lord and Saviour Jesus Christ. Amen.

How do we hold the teaching of these different sides of the Gospel together so as neither to oppress a child and nor to spoil the child?

Some might read the Epistle reading today as saying that the Moral Law of the Old Testament is oppressive and should be rejected – it only leads to bondage, the bondage of people feeling guilty and being held back. But is that what St Paul is saying?  If we remove the moral law as a description of true love and of what is evil, that is, of what denigrates life and our flourishing, do we not spoil the child? St Paul is clear elsewhere that by no means do we throw off the gift of the moral law.  St Paul is throwing off a confusion in the way the Law was taught – the Law cannot not save us – if we think it can, we remain in bondage.  We need and have been given a Saviour, Jesus Christ. It is faith in Him that saves us, that leads us to freedom.

Some might think that the punishments of the Old Testament are excessive for wrongdoing, for justice to be met.  That somehow the God of the Old Testament is wrathful, harsh and contrast that with the God of the New Testament.  But that is both to underestimate the destructiveness of sin to life and to well-being and it is also to denigrate both the need for Christ’s sacrifice and hides from us the depths of God’s mercy shown to us.  We are so used to living under the mercy of God, that we can forget that it is mercy – that is, undeserved forgiveness from God for things very destructive to life and to community.  We can forget that the only reason we can show mercy is because we all have received mercy to continue to live in God’s world.

But how to hold these sides together, how to preach both the destructiveness of sin and of the depths of God’s mercy in Jesus Christ so that the Church’s children are neither spoiled by failing to be called to account, nor oppressed by excessively focusing on “our wretchedness” [The Collect for Lent], and so in neither case ever really knowing the depths of God’s love for us in Jesus Christ!

Knowing when to speak and when to be silent, knowing when a word may be heard and when it will not be, knowing how each person can be counselled in their individual circumstances and maturity, requires the wisdom of God. 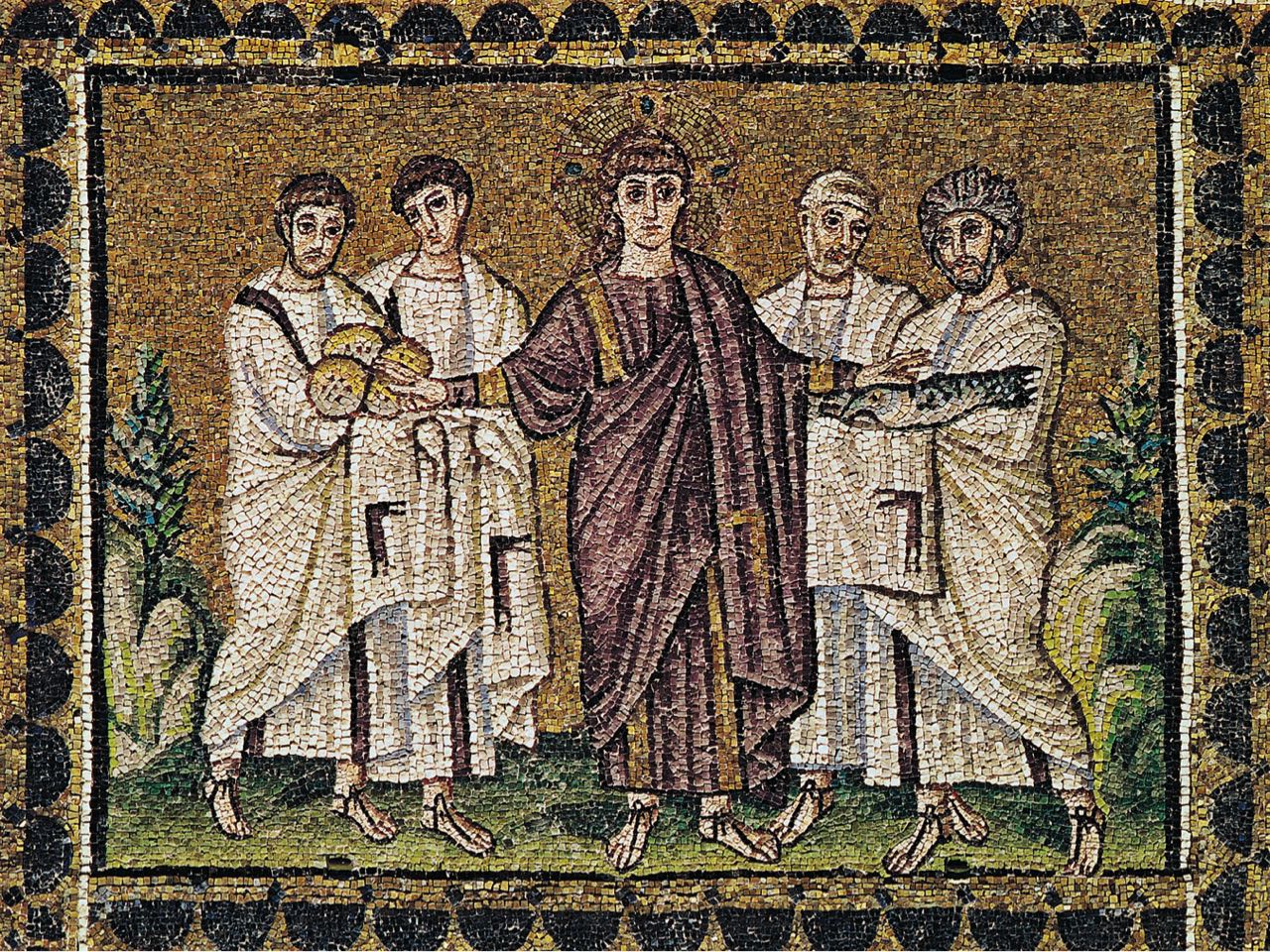 The Gospel this morning is Jesus’ miraculous feeding of the five thousand with five barley loaves and two small fishes.

It is a Gospel miracle that has been seen as pointing to Jesus’ gift to us of Holy Communion – the people were in the wilderness and were fed, just as the manna was given to the Israelites in their desert wanderings.  Jesus blesses and breaks the bread and fish and it is distributed through the disciples to all people as he does this now through the Church.  From a very little the many are fed and are contented.

In Holy Communion, we know God’s love, here we know our salvation.  After receiving, we rest in a state of perfect forgiveness and are strengthened in this nourishment for our souls like no other nourishment on earth.

But its efficacy, its power, is such only because of a kind of hiddenness in today’s Gospel about how it comes to be for us life giving – Holy Communion is effective only through the death and resurrection of Jesus Christ.  When we celebrate the Holy Communion, we have joy, and yet that joy is mingled with sorrow – we are remembering Jesus’ death until he comes again.

Sin and grace, sorrow and joy, punishment and mercy, death and new life, crucifixion and resurrection: we hold them together or we will be spoiled or feel oppressed.

Let us bring before God today our disappointments, our failures in love – let us bring them, as mature sons and daughters of the living God, in the new light of the Kingdom of Heaven, the Jerusalem which is above, with full faith and confidence in Jesus Christ.  And may our hunger be met and our thirst quenched with heavenly food.

And let us give thanks to God, and pray, for our mothers – both earthly and heavenly.