“They overcame [Satan] by the blood of the Lamb, and by the word of their testimony; and they loved not their lives unto the death.” 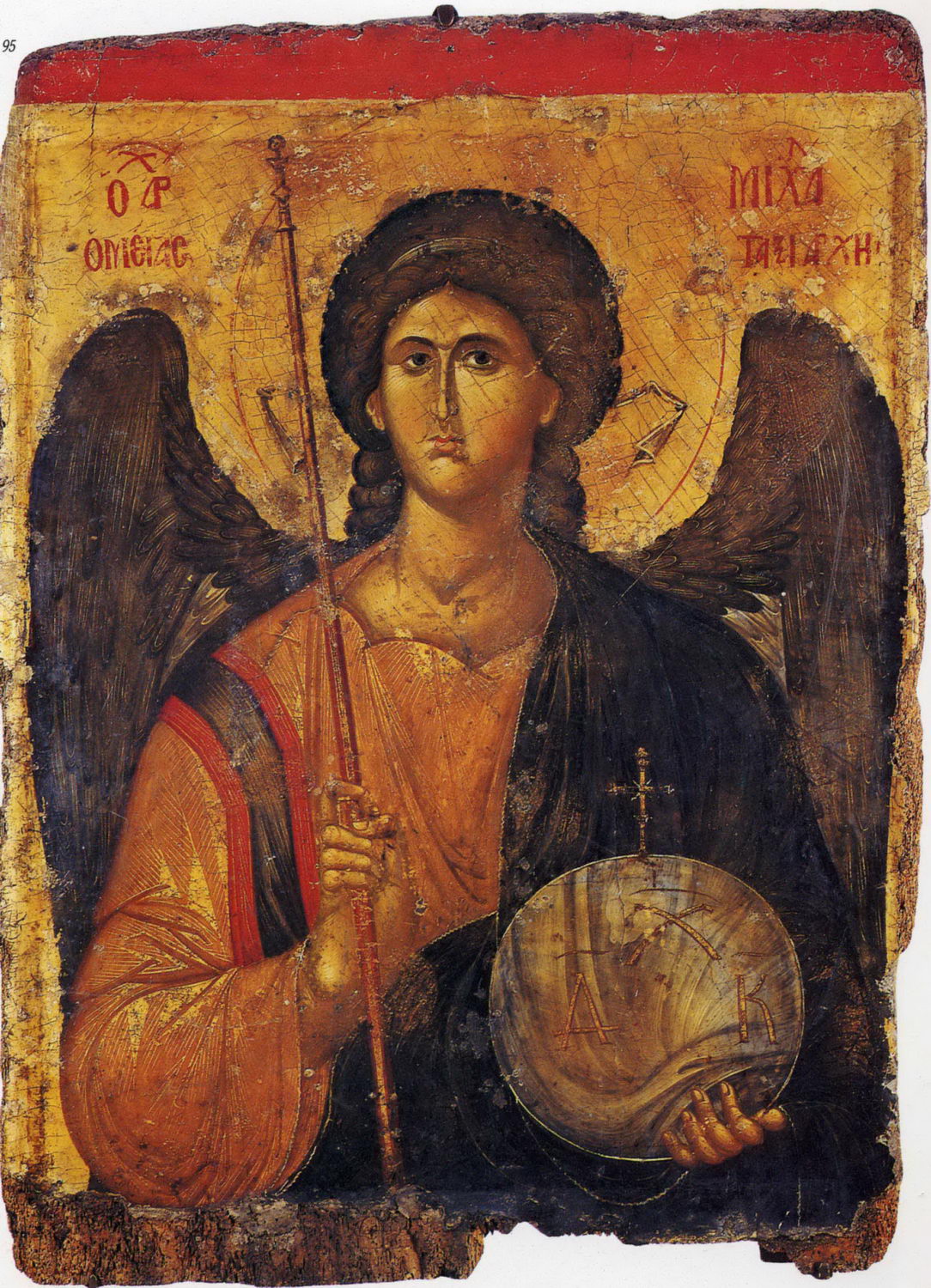 This morning we are celebrating the Feast of St Michael and all Angels, which is actually on Tuesday this week.  It is fitting in this season of Trinity, as we lift our hearts and minds higher to our end and purposes in God, it is fitting that we look upon those who surround the throne of God.

In the modern world, even in the Christian modern world, I suspect we don’t think often about angels, beyond a kind of happy thought, or fairy-tale like thought.  In Protestantism, perhaps because there was a clearing away of all mediators between God and man – the saints, the clergy – angels have received less attention.  In charismatic movements such as New Wine, there is a renewed interest in prayer ministry and in angelic involvement, but only of the negative kind – with the recognition of fallen angels, of the demonic influence in our lives binding us in sin or in painful memories – but I’ve not heard in that ministry of the positive influence of good angels.  Should we give a greater attention to them?

Well perhaps we can give at least one Sunday a year to acknowledge the angels, to reflect on them, and to give thanks to God for this whole hidden realm in creation.

In our own church of Holy Trinity in Utrecht there are many images of angels in our building itself – we have in every stained glass window, some reference to angels, at the top and/or at the bottom of the window.

When our choir was here, and when it will return, it images the angelic realm.  With their long flowing garments with large sleeves, like wings, the choir as it gathers in the chancel next to the altar, is a picture of the angels surrounding the throne of God.  They are an image of the host of heaven, leading us in the singing of praise to God.  And of course we also refer to “angels and archangels and with all the company of heaven” every Sunday in our liturgy…

Angels are the first creatures in the order of the creation – many Church Fathers see them referred to in the creation of light from darkness in Genesis 1, because Psalm 148, which is a praise of creation, begins with the angels and follows the order of creation in Genesis 1 (and physical light only comes on the fourth day with the creation of the sun, moon and stars).  The angels are involved with the Patriarchs, guiding and encouraging them.  Angels are involved in leading the people of Israel out of slavery in Egypt and also in going before them to protect them as they move into the Promised Land.  God told Israel to make figures of the cherubim with statues over the ark of the covenant and gold embroidered images on the curtains in the Tabernacle and later the Temple.  Angels are in God’s hand to carry out his judgements – destroying the enemies of Israel and sometimes bringing plagues upon Israel itself.  Angels act sometimes in a prophetic ministry, so that the prophets may know what the Lord has said, or telling Isaiah that his sins are forgiven, or explaining to the Apostle John what he is seeing in heaven when he was caught up in the spirit.

Angels were involved in the principle moments of Jesus’ life – to announce his conception to Mary, to announce his birth to the shepherds, to guide Joseph, to comfort Jesus after his temptations in the wilderness, and when he suffered in deep prayer in the garden of Gethsemane.  Angels were the first to witness to Jesus’ Resurrection, they were there at Jesus’ ascension into heaven and to guide the disciples in their next steps.  They appear often in the book of Acts guiding and protecting the early Christian Church.  Jesus says they will be prominent when he returns to gather up the elect from the four corners of the earth.

Angels are described in the Bible as a higher form of life than human beings in the order of creation – the Son of God in taking flesh and becoming man chooses to become, for a little while, lower than the angels – says Psalm 8.  Angels appear to have had a moment to choose for God or to reject Him – so there are angels and fallen angels or demons.  For those who chose God, they live in heaven, the praise of God is their whole being, and they move out to give service to humanity at God’s bidding.  We are not to worship angels, they are creatures, but we will hold them in awe if we see them – their appearance in the Bible frightens as well as strengthens those who see them.

Richard Hooker, the greatest theologian of the Anglican Reformation describes angels as pure praise, “and it is precisely that service of praise which sustains, succours and defends, the spiritual order of the universe” (from Fr Crouse, sermon on this feast day).  This is what Hooker says:

“God…moveth intellectual creatures, and especially his holy angels; for beholding the face of God, in admiration of so great excellency they all adore him; and being rapt with the love of his beauty, they cleave inseparably for ever unto him. Desire to resemble him in goodness maketh them unweariable and even unsatisfiable in their longing to do by all means all manner of good unto the creatures of God, but especially unto the children of men; in the countenance of whose nature, looking downward, they behold themselves beneath themselves; even as upward, in God… they see that character which is nowhere but in themselves and us resembled.” [Book I, IV, para 1]

Hooker is saying, that because they love God so much, they love the image and likeness of God when they see it in us also.  So they are moved by the same love of God to act to sustain and help us.  Jesus makes reference to this in today’s Gospel [St Matthew 18:1-10] where he says, “See that you do not despise one of these little ones. For I tell you that in heaven their angels always see the face of my Father who is in heaven.”  From this we have the idea of a guardian angel for each of us.  And the idea is also in Acts [12:15], when Peter is led out of prison by an angel, he knocks on the door of a house where the disciples are, and they think at first it must be his angel rather than him!

A couple of things to take away with us today…

First, I hope that just in speaking of them, we correct our own perception of the world so that we are left with more wonder and amazement at what we cannot normally see.  Would it be helpful to have some reminders in our homes of angels? An icon of St Michael?

Second, today is a day to give our thanks to God for the angels: for their involvement in God’s providential care of the universe and of God’s promise that there are many more for us than are against us.  How precisely that care happens is unknown to us.  It is behind the scenes, hidden, spiritual, unseen, but truly there we are assured.  The many biblical references give us some ideas – maybe you can do a word search this week and check them out.  There is a modern interpretation in the movie Wings of Desire that shows some beautiful depictions of how angels might intercede – I think of one melanchoic black and white scene in a subway in Berlin where a man is sitting on a subway car and you hear his thoughts which are spiralling downward – the angel, unseen to him but seen by us, is listening and touches him and suddenly his thoughts are lifted and move to a better place. [The not so accurate depiction is that these angels seem a bit depressed, banished to work on earth, whereas they could not be depressed if they were at the same time beholding the face of God!] Maybe you have had the experience of a sensation that lifted your mind heavenward in wonder?  In my own life there are certain signs that appear at important times (a tingling sensation on the back of my head, a white feather…) that always lift my mind to heavenly things – and I wonder if those signs have been put there for me to see by an angel to aid me.  We give thanks today for the angels.  May our eyes be opened to their unceasing activity!

Third, Jesus says that in heaven we will be like the angels.  What would it be like to be pure praise?  Whole hearted, fully committed?  Surely there is something description of angels by Hooker that appeals to us – that even on earth we will desire more and more to resemble God in goodness and, as we see it, as we taste that goodness, will be filled with an insatiable longing to do all manner of good.  We pray for the vision of God that the angels have, that our whole being will be transformed into His likeness in that vision and to this longing to do good to others – to be firm and angelic in a stedfastness of will – rather then teetering back and forth.  And also to engage, as St Paul says, in the angelic battle against the principalities, against the powers, against the rulers of this present darkness, against the spiritual hosts of wickedness in the heavenly places [Eph 6]. 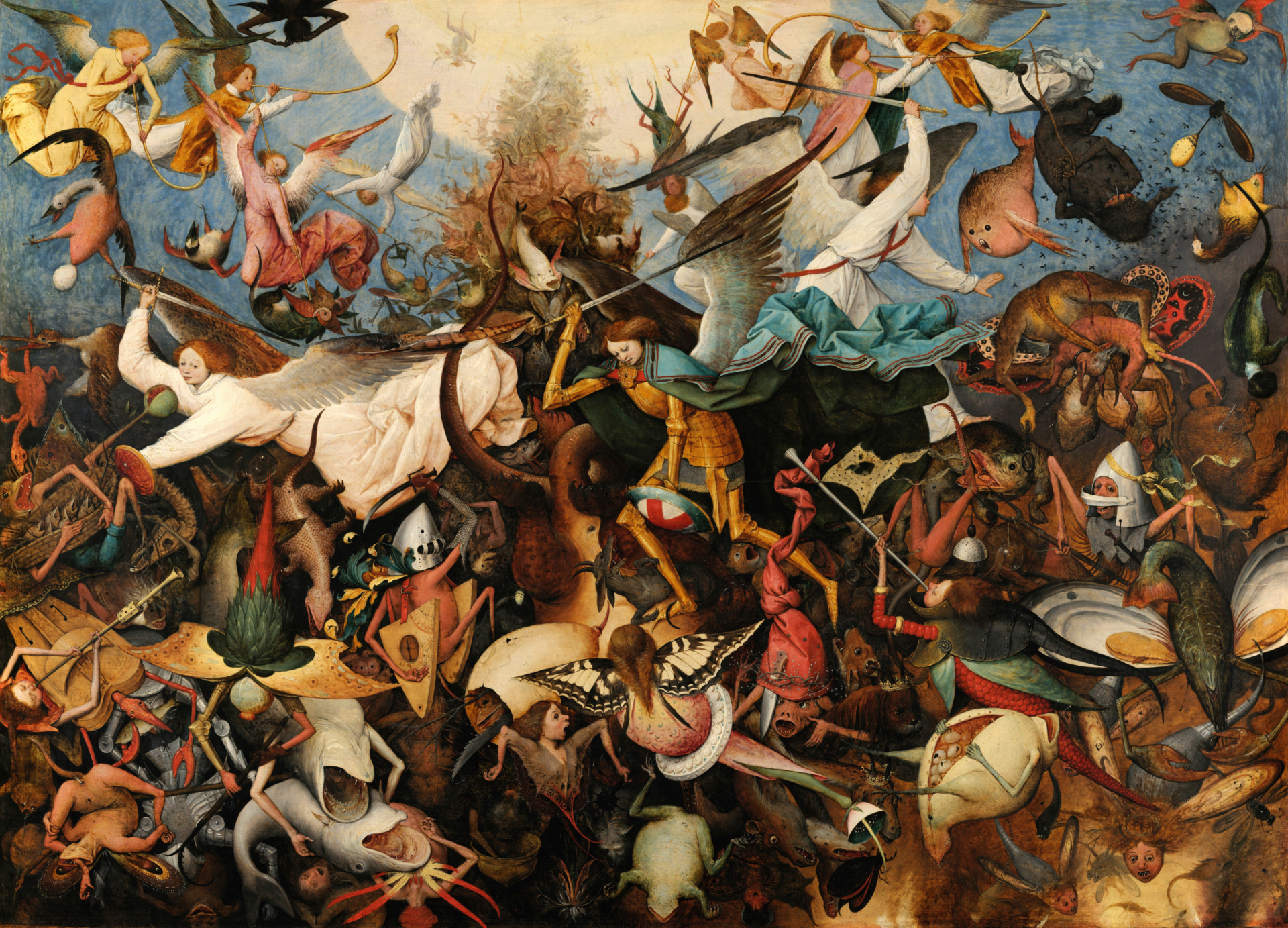 And like St Michael and all angels, we will overcome all wickedness by the blood of the Lamb, that is, washing ourselves of sin in Christ’s blood that our hearts might be healed and we might see the truth more clearly and so be able to be witnesses to it! [Revelation 12:7-11]

So let’s remember the angels, let’s give thanks for them, and let’s emulate them in their stedfast love and action!

Let us now prepare ourselves for Holy Communion, for this foremost gift of cleansing from Jesus – His Body and Blood, for the better worship of Him and to enable us to behold the vision of God, and from it, long to serve more wholeheartedly our fellow man.