In this Holy Week, we are following Jesus on his journey through Jerusalem. Two days ago, on Palm Sunday we were standing on the side of the road, waving with our palm branches and our palm crosses, when He was riding on his donkey into Jerusalem. And doing so, Jesus was fulfilling the prophesy by Zechariah:

‘Rejoice greatly, Daughter Zion!
Shout, Daughter Jerusalem!
See, your king comes to you,
righteous and victorious,
lowly and riding on a donkey’

By so fulfilling this prophesy, Jesus is showing that He is the King Zechariah had been talking about. And it is this Kingship of Jesus that I want to focus on tonight. And I am not the first one to whom this occurs: according to the witness of St. Mark in today’s Gospel, Pilate, the Roman governor, refers to Jesus four times as ‘The King of the Jews.’ And the soldiers, when mocking Jesus, also call Him the King of the Jews, and dress Him with a purple robe, a crown of thorns and a reed for a sceptre.

King Jesus, righteous and victorious, meek and riding on a donkey comes into Jerusalem. Decades, centuries, millennia have the people of Israel been looking forward to this exact moment, they have been expecting the King of Glory coming into the Holy City, and now, finally He is there.

In the week that the King spends in the city, we see many things any ordinary King would do after a time of absence. What are things a King would normally do? He would lead a nice procession through the city, he would visit local authorities, both religious and political, He needs to celebrate a great feast meal, a banquet, and invite the most distinguished citizens, and he has to set some things right, to establish a more just society, there might be some criminals in prison awaiting judgement.

But there is something very strange about how this King fulfils these kingly duties. He seems to be doing it a bit different than most other kings. In fact, He seems to be a completely other kind of King. He most certainly does lead a procession, he even leads two: The first one on a donkey at the beginning of the week, the other one at the end of the week with a cross on his back. Like other Kings, He does visit the local authorities, but they sentence Him to death and they flog Him. He celebrates a great banquet, but instead of the best dishes, he offers bread and wine and explains to his disciples that this bread and wine are His body and blood. And instead of the most distinguished guests, he is with a bunch of fishermen from Galilee. Criminals are judged and are put to death on Good Friday, and he offers pardon to one, but he offers it while the King himself hangs on the cross and pays for all offences.

The King of Glory, the Lord Almighty, (Psalm 24) has come to his city, but is led away to be crucified. In this story, humanity: flogs, mocks, insults, beats, spits on and crucifies its one and true King. It is the most sad story of all time. But at the same time it is the most beautiful story of all time. I don’t know how you all experience Holy Week, and especially Good Friday, but for me it creates this very strange mixture, this paradox of joy and sadness, grief and hope.

And in the way St. Mark tells us the Passion, we can distinguish these both sides. The story is deeply sad, because the religious leaders ask to put someone to death they should have recognized as their God. Pilate does not dare to oppose the crowd, even though he knows this man is innocent. And people standing at the foot of the cross, feel like they should insult and mock Jesus, hanging and suffering on the cross. On the other hand; there is much hope in this story: To start with: there are all these people saying Jesus is the King of the Jews, and maybe not even realising themselves how right they are. And it is just after the moment Jesus had died that the centurion calls out ‘Surely, this man was the Son of God’, and there is this member of the council of religious leaders, Joseph of Arimathea who asks for Jesus body, to bury it in his own grave.

Even at this darkest of moments, there is hope and light shining through. Even when darkness completely surrounds Jerusalem: the Light of God, the Light of Truth, is too strong to remain hidden. And we see this happening all the time also in our times, often especially at those moments the darkness seems to be strongest. 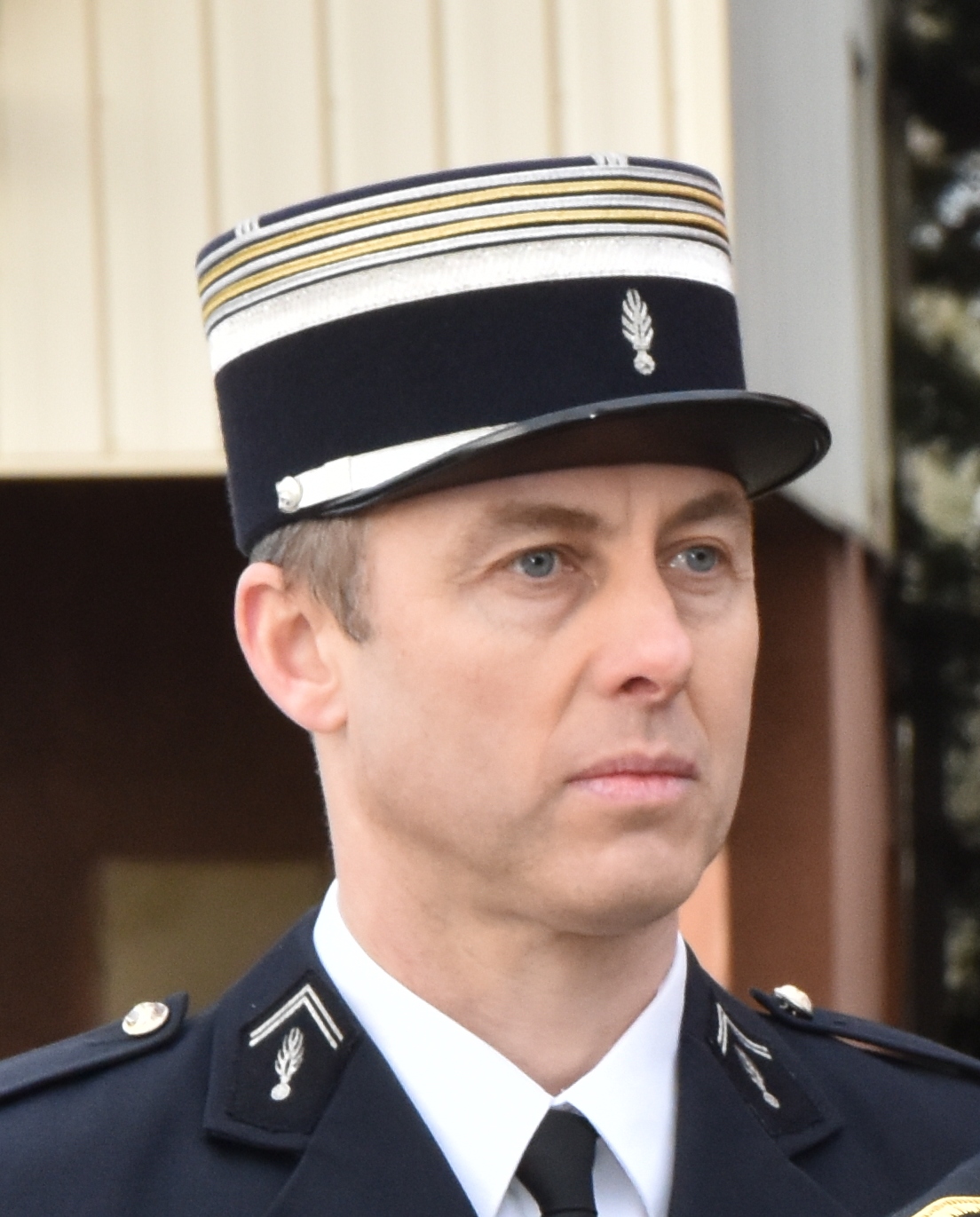 Last week I was deeply touched by the story of Arnaud Beltrame, the French police officer who was killed on Friday in the terrorist attack in the super market in Trèbes, after convincing the terrorist to let others go, and keep him captive instead. Today I read a column by a Dutch columnist that this police officer was, of course a hero, but that what he did was kind of stupid, because he only saved one woman who was working at the counter, and actually, by his deed, he was making this terrorist more of a hero, because he killed a high-placed police officer instead of a woman working at a counter. The columnist continued: I would have preferred this police officer walking into the supermarket with his gun drawn and ready to shoot at this terrorist. And I guess that, without realising it himself, this columnist explains to us what is so different about Jesus.

Because this Arnaud Beltrame appeared to be a devout Christian and his faith was in King Jesus, who gave his life instead of demanding lives from others, he was led also to give his life. And this self-sacrifice, does not require any high position in society, does not involve revenge or hate, and does not follow the laws of wordly justice or earthly logic, but follows the law of self-giving Love.

Just to be clear; Jesus does not ask of each of us to die for our faith in Him, but Jesus does ask us to live our lives like he lived His, as a living sacrifice, in love and charity serving God and our neighbour.