On January 21 there was a secret meeting held here at the Parsonage Hall – I’m sorry that I was not able to invite you all.  It was organized by Open Doors – an international charity, which was founded in the Netherlands, to support and encourage especially the persecuted Church throughout the world.  The gathering was not given any publicity because of the possible danger to Canon White and some of those who attended the meeting. 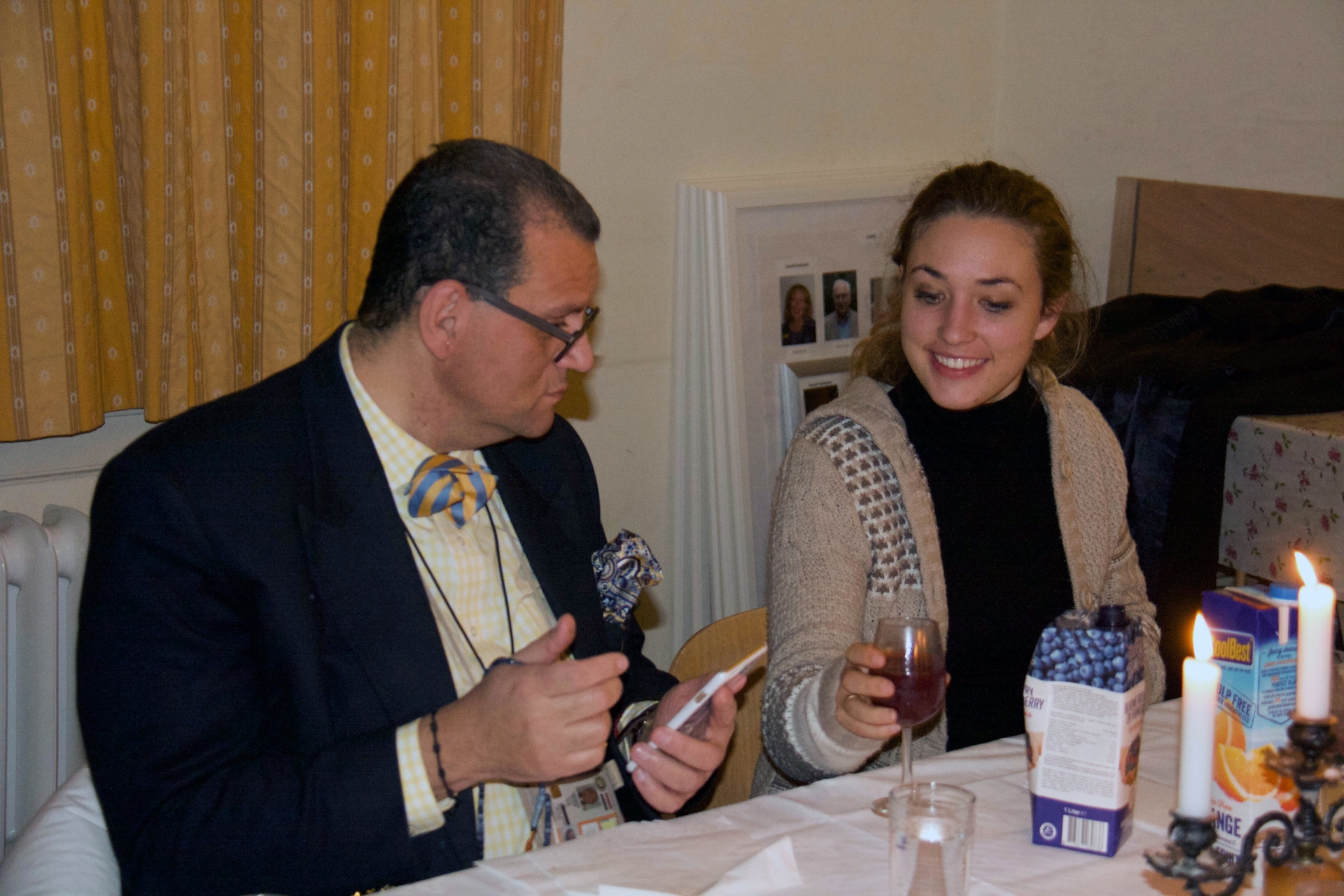 Canon Andrew White, the Vicar of Bagdad, was here to speak with clergy – Anglican and otherwise – to share with us something of the experience of the persecuted Iraqi Christians and his ministry to them and among them.  It was a powerful witness to us.  He is going around privately, to raise funds for those who have fled to the North of Iraq or to Jordan.

He does so, while struggling with MS – so his speech is a little laboured, and he has trouble with his balance – he has a personal assistant to help him in his travels.  But he shared with us his joy in these labours for the flock in his care.

When he first went to Bagdad, the church was closed and empty – the only noise was the rats scurrying in the empty hall.  The   first service had a hundred people come, and the following week 200, then 300 then 800 and within the first year there were over 6000 Christians worshipping at that church.

He spoke of the evangelization that is going on in Iraq amongst Muslims – it is not they who are speaking about Christ to others – that would almost certainly bring about their quick deaths – but it is a story being seen again and again – a Man in white appears in a dream or in a vision at the foot of the bed who calls on the person to “Follow me” – and they are seeking out the Church to tell them about Jesus – Canon White spoke about how this happened recently with a former ISIS commander.  At our gathering, a former

Muslim spoke of his own conversion, of seeking out the church and finding the worshipping Christians – seeing their joy in the midst of such great terror and suffering.  He said he wanted that joy and gave himself to Christ and he now knows it now.

Listening to Canon White’s testimony on Thursday was a real inspiration.  The persecuted Church is alive and is fleeing but it is also growing.  Those who have fled to the North of Iraq or to Jordan, are picking up their lives having brought nothing – and yet thousands of children are now receiving an education.  Schools have been set up, supported not by the Jordanian or Iraqi governments but by Christians around the world, supporting the persecuted church.  His call and ministry now reminded me very much of the sharing that happened in the early Church when St Paul brought significant financial support to the churches in Jerusalem that were suffering from famine. [e.g. Rom 15:25-27; 1 Cor 16:1-4; 2 Cor 8—9]

One ministry they have is supplying Iraqi Christians with electronic Bibles in their own language.  The small devices are made in Israel, are battery operated and have a solar cell so can be recharged in the sun.  (It was used to read the Gospel on Septuagesima Sunday at Holy Trinity Utrecht.)

There is a very full article in the Independent that describes something of Canon White’s ministry and that contains some of the stories he told.

They are bearing “the burden of the day and the scorching heat” and yet they are not resentful at all.  Entering more fully into the work of the vineyard has its own rewards – they know a closeness to the Lord, they are alive to what is most important.  It made me wonder about my faithfulness, and about the controversies we can become so easily engrossed in the West, or our petty personal trials that we can focus on and that can take us away from greater work in the Lord’s vineyard.