This article was written by the Right Rev Bishop Robert Innes in June. This year is the 70th Anniversary of the Founding of the World Council of Churches, an important ecumenical body which the Anglican church is part of.  The organisation was founded in August 1948 in the Nieuwe Kerk in Amsterdam.

120 Christian leaders, lay and ordained, gathered recently in Geneva to celebrate the 70th birthday of the World Council of Churches (WCC). The WCC was founded in 1948 at a time when Europe had been bitterly divided by war, and the whole world was deeply conscious of the need for reconciliation on all fronts. Initially a mostly pan-Protestant body, though the Orthodox Ecumenical Patriarchate and some Orthodox churches were founding members, it welcomed the wider Orthodox community into its number in the 1960s. It is now a fellowship of 346 churches present in 110 countries committed to unity, justice and peace. The Geneva meeting of its governing body (the Central Committee) was the high point of its 70th anniversary celebrations.

As the new Church of England representative on the Central Committee, taking over from the Bishop of Chester, this was my first full meeting. I was fortunate to be tutored by seasoned expert Canon Leslie Nathaniel. Nonetheless, my over-riding impression was of the immense difficulty of navigating such a diverse and strong-minded group of individuals through a full agenda of complex and sensitive topics. But we got there. With the help of skilled moderation and careful preparation from the staff, we generated official statements on issues ranging from the peace process on the Korean Peninsula, to violence in Columbia, to the situation in Gaza and Jerusalem. And we ended with a sense of joy and deepened fellowship at a service led by our very special guest, Pope Francis. 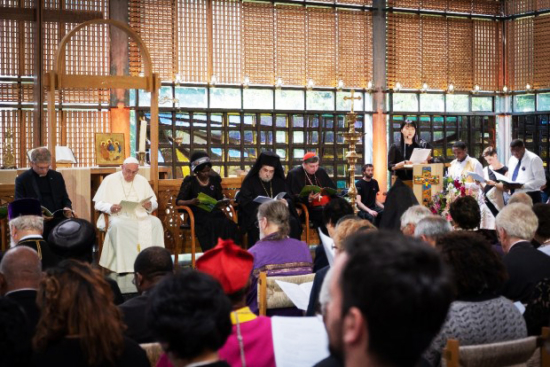 One of the major subjects addressed during the meeting was the question of the venue for the 2021 WCC Assembly. This is a huge event, bringing thousands of people together from all corners of the earth. Two proposals had been tabled: Cape Town and Karlsruhe. A very professional film presentation plus a passionate speech from Professor Heinrich Bedford-Strohm, chairman of the German EKD, led to an overwhelming vote in favour of Karlsruhe. As Bishop in Europe I was thrilled by this decision. It will provide a marvellous opportunity for European Churches, including the Church of England, to support the German church in staging an assembly at another time in our history when European unity is under threat from rising nationalism.

Each day began with inspiring worship with music from the ‘world church’: Singapore, Zimbabwe, Tonga, Taiwan, etc. There were some deeply memorable events during the week-long meeting. We heard the Ecumenical Patriarch, Bartholomew, preach in the Reformed Cathedral of St. Peter’s Geneva. We were addressed by Revd Myong Chol Kang, Chairman of the Korean Christian Federation in the Democratic People’s Republic of Korea (North Korea) sharing a platform with the Revd Hong Jung Lee, General Secretary of the National Council of Churches in Korea (South Korea). And we heard from the Director of the nuclear disarmament pressure group ‘ICAN’ – closely related to WCC – who proudly showed us their 2017 Nobel Peace Prize.

Does any of this make a real difference and how seriously should the Church of England engage with it? These are serious questions. I regret that WCC does not represent more of the charismatic, evangelical and Pentecostal churches, especially since these are the fastest growing traditions today. There was a time when such groups might have been right to suspect the WCC of being ‘liberal’. Today, it could well be described as ‘radical’ with its keen commitment to justice for the poor, racial equality and opposition to gender-based violence. But with a 25% Orthodox membership and a ‘consensus’ rather than majority voting system, there was not the slightest chance that anything looking doctrinally ‘revisionist’ was going to make it through the various committees.

The Public Issues Committee, of which I was a member, produced no less than 8 statements on world affairs. They were carefully – and exhaustingly – drafted, revised and agreed. Whilst from the safety of the UK some of this might have looked like vain posturing, I can testify that to those coming from the affected countries and regions, these Statements really matter. A Filipino Bishop I sat next to on the daily 07:45 coach from the hotel to our meeting room, was simply thrilled with our Statement decrying the culture of violence and ‘impunity’ in the Philippines. It would, he told me, bring great encouragement to Filipino Christians to know that their fellow believers in the ‘West’ understood, cared and stood with them in their suffering. 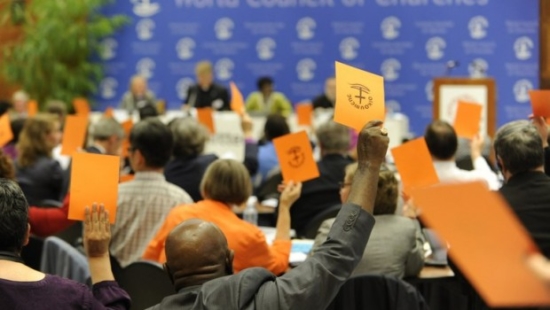 It was a full week of careful and attentive listening to those from different cultural backgrounds and sometimes very different theological perspectives. For example, I had not previously realised that the word ‘Renewal’, much beloved of the Church of England, is regarded with horror by the Orthodox when applied to the Church. The week really did build relationships across the world between Christian leaders who would otherwise not encounter each other. And I would dare to believe, and as the President of South Korea encouraged us to believe from his experience of Christian dialogue on the Korean peninsula, WCC is of some real value in the grand cause of world peace.

In his closing sermon to us Pope Francis said: ‘The Lord bids us set out ever anew on the path of communion that leads to peace. Our lack of unity is in fact openly contrary to the will of Christ, but it is also a scandal to the world and harms the most holy of causes: the preaching of the Gospel to every creature. The Lord asks for unity; our world, torn by all too many divisions that affect the most vulnerable, begs for unity.’ As one of the principal organisations fostering Christian unity in the world, I came away feeling that the WCC surely does merit our prayers and support. 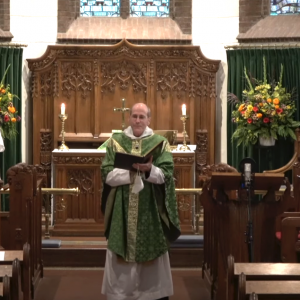