This article has be sent in by Nicky de Bie who shares with us something of her journey over the past two years.

Dear brothers and sisters in Christ,

Just two years I was diagnosed with non-Hodgkins (lymfeklierkanker) – it was the second week of June. I didn’t suspect I was ill until I noticed some hardened glands in the neck, so it was quite a shock – especially for my husband and family to discover that it was cancer. Quickly followed tests, scans and bone marrow puncture, and a biopsy operation to ascertain the state of the glands, and a generally worrying time. My Oncologist was very reassuring that although the cancer was at the end of the 3d stage, beginning 4th; we were well on time! This form of non-Hodgkins is the most common active (aggressive) form. An equally aggressive chemotherapy was to be begun, 8 sessions with 3 weeks in between each. About 6 months in total.

At the weekend after we’d heard the first news, there was the Holy Trinity Away Day and though we’d felt rather devastated in the morning, somehow knew that we wanted to be there and indeed it was a really uplifting day among friends and felt very supported.

And so in a short time from the diagnosis, in July the chemotherapy began, and I remember being so supported by my daughters – and of course by my lieve man, who helped keep me positive and cared for me unfailingly; my Mum and sister and family, and all of you! All the angels that the Lord could send; and so the network of love and encouragement was strengthening day by day. I was very conscious that this challenge faces so many people on their journey through life, and that I must get on with my journey – but not alone! There was such a strong feeling that the Lord was upholding me and throughout the next months, that He was surrounding me with unimaginable love, the faithful prayers that healed and carried me and us as a family.

The chemo took place in Outpatients in a very light and pleasant room, with large comfortable chairs. I was surrounded by very caring nurses and in fact a whole team of people ensuring the very best care for their patients. Even a soothing massage could be given during the treatment.

Our younger daughter Annie, was able to arrange a free day each week and insisted on being with me for every chemo session, and Marieke, our elder daughter was there whenever she could be; Praise the Lord for these angels He sent! Those sessions were precious and we always had a time that we both really looked forward to! We often had a mini Bible study together which was enlightening and those times together we look back on as a blessing, the closeness to each other and to God. The chemo cocktail makes one feel heavy headed after some hours but there was my husband to whisk us home and Annie who always made a meal for us before she had to leave.

The effects of that first chemo were to be the most challenging, and each successive one was easier to cope with, though energy levels dropped considerably. I know that this will be familiar to so many people, either for themselves, family or friends. In the beginning it is quite difficult to be in the role of being ‘ill’ and having to give up things that can’t be coped with for a while. The reaching out of people around me was overwhelming, the Lord’s loving heart working through all who prayed for me and all who reached out in love. Some blessed and amazing friends who throughout the whole 6 months made great pans of finest chicken broth every week and gave support all along the way; “chemo is iets wat we samen doen”! Fr David’s faithful and powerful prayers and always being ready to come and pray with me and the family – which was such a wonderful support for us. 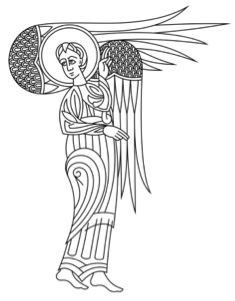 At the halfway point, after 4 chemo sessions a scan showed that the treatment was working very well, a half to two thirds of the tumour (throughout the lymph system) had gone. Praise God!! What a wonderful reassurance this was – and again I had such a strong feeling of ‘being carried’ quite literally by the Lord.   Friends reached out in such incredibly loving ways; the Lord surrounding me and us with unimaginable love! Of course there were moments of anxiety and wondering how things would go, especially in the first few sessions, but it was never so that that feeling lingered for long. I seemed to be lifted up, strengthened, and ready to go on! Towards the end of the next four sessions of chemo, resistance sinks very low, the white blood cells valiantly fighting the onslaught of chemicals. An injection to boost the production of white blood cells was needed with the last three sessions in order to be able to go ahead with the chemo – which I was always so thankful for! It became a triumph if the chemo could go ahead – Praise the Lord for upholding and strengthening me that I was always ready for the next treatment; the army that was needed!

In the recovery days after a chemo session – always felt like an enormous surge of energy, and glad-to-be-alive feeling such as is very hard (I think) to imagine otherwise. It was as if the Lord was opening my eyes, as never before, to this precious gift of life, to the beauty of each day and to His healing hand laid on me.

The final session of chemo arrived, December 15th, 2014 and my special nurse, Koby was at hand making sure everything was as comfortable as possible, and photos were taken; it was a milestone on the journey! No boost injection this last time, the resistance has to pick up on its own. Our angels ensured that we could enjoy Christmas without having to do too much.

January 2015, came the final big scan and a last bone marrow puncture – and a week later the results!! A tense time yet with so much trust in the Lord! Marieke (our elder daughter from the Hague) joined us in the waiting room to see my Oncologist, and the appointments were running very late. Again – such an awareness of how it feels for everyone waiting for results which will have a bearing on their lives! My good doctor though came up to me in between patients with the words: “je hebt een prachtige scan”!! Praise God! – we fell into each others’ arms with joy and relief. Once inside the ‘spreekkamer’ my doctor looking intently at the screen said “No, there’s nothing, it’s all clear”. And then I knew as never before that this is the work of the Lord!

We still had to await the result of the b.m. puncture, as the result wouldn’t have been complete without that, stray cells could have lingered there. After a couple of days the doctor phoned me with the news “it’s completely clear; geniet ervan”. I had to ask him to repeat this.

What a feeling of joy and almost unbelief! I felt like bringing offers to the temple – and pray to be able to go forward now in newness of life – sharing the Lord’s love and mercy with all around; and to be able to walk alongside others as they have done for me.

May the Lord bless all who have prayed for me and all who have reached out in love; the faithful prayers, that have healed and carried me – and us as a family.

‘Hail, the heaven-born Prince of Peace!
Hail, the Sun of Righteousness!
Light and life to all He brings,
risen with HEALING in His wings. 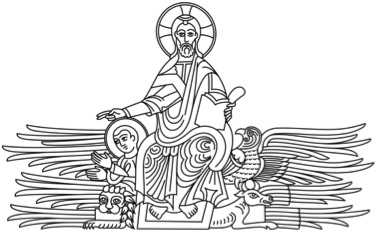